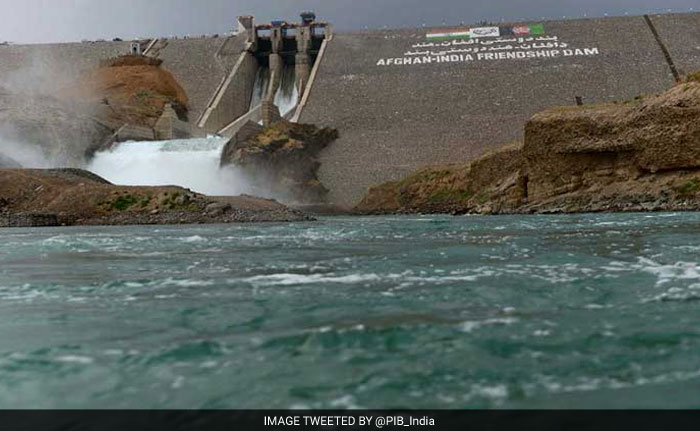 The construction of the multipurpose project involved more than 1,500 Indian and Afghan engineers for several years in difficult condition.

Herat: Planned to irrigate 75,000 hectares of land and generate 42 MW of power, the Afghan-India Friendship Dam is a landmark infrastructure project undertaken by India in this strategically-important province in Afghanistan.

Built on River Harirud at Chist-e-Sharif in western Herat neighbouring Iran, the Rs 1,700-crore dam has been executed and implemented by WAPCOS Ltd, a government of India undertaking under the Ministry of Water Resources, River Development and Ganga Rejuvenation.

The construction of the multipurpose project involved more than 1,500 Indian and Afghan engineers for several years in difficult condition.

Located 165 kilometres east of Herat town, the project is connected with earthen road. Due to security reasons, all Indians working on the project had to reach the site once a month in a helicopter provided by the Afghan government.

Many of the hydro-mechanical equipment used for its construction have been dispatched by India via Iran as the dam sits in the strategically important Herat province, which lies on the ancient trade routes of the Middle East, South and Central Asia.

Cement, steel reinforcement, explosives among other required materials were imported to Afghanistan from neighbouring countries.

The project has an installed capacity of 42 MW with three power units of 14 MW each and has a gross capacity of 633 million cubic metres.

It has a height of 104.3 metre, has a length of 540 metre and is 450 metre wide at the bottom. There is a 70-metre deep curtain grouting - a barrier to protect the foundation of the dam from seepage.

India has a strategic partnership with Afghanistan and is implementing projects worth $2 billion to help rebuild the country's infrastructure.