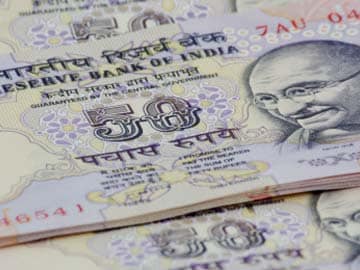 New Delhi: Among the Indians who are being investigated for allegedly funneling untaxed or black money to illicit bank accounts in Switzerland are four from the Congress, said sources; the quartet allegedly includes a former junior minister in Dr Manmohan Singh's government which lost the national election in May.

Finance Minister Arun Jaitley told NDTV last week that the Congress would be mired in "embarrassment" and that a "big Congress name" is on the list of Indians who allegedly hold black money at HSBC in Switzerland.  In retaliation, Mr Jaitley's predecessor, P Chidambaram, told NDTV that "Whatever name is there will embarrass the individual, the party won't be. These are individual transgressions."

Government sources say that income tax notices will be sent to all four Congress leaders under investigation; along with a former Minister of State in the Congress-led coalition government, the group includes a former parliamentarian from Uttar Pradesh, and two members of a major political family from Maharashtra.

The issue of when the names of Indians with black money in tax havens like Liechtenstein and Switzerland will be disclosed has been a political headline for months. The BJP, which swept the national election, vowed during its campaign to bring back the money "within 100 days" - a claim the Congress says stands exposed now as little more than bluster. The government says that its tax treaties with other countries prohibit it from revealing the names till charges are framed against the alleged offenders - the Congress says this is exactly what it had pointed out when it was in power, to great criticism from the BJP which accused it of weak excuses for its inaction and disinterest in tracking down and punishing tax violators.

Promoted
Listen to the latest songs, only on JioSaavn.com
But the Finance Minister told NDTV last week that when the preliminary investigation is concluded shortly, the names will be shared with the Supreme Court and will then become public through the media.

The Supreme Court has been monitoring the investigations into black money since 2009, based on a petition by lawyer Ram Jethmalani. The government has two lists that it is dealing with - the first is of Indian account-holders in Lichtenstein; the other is of citizens who banked with HSBC in Switzerland.