BSP chief Mayawati said that foundation at the time of elections raises doubts "intention and policy" of the government. 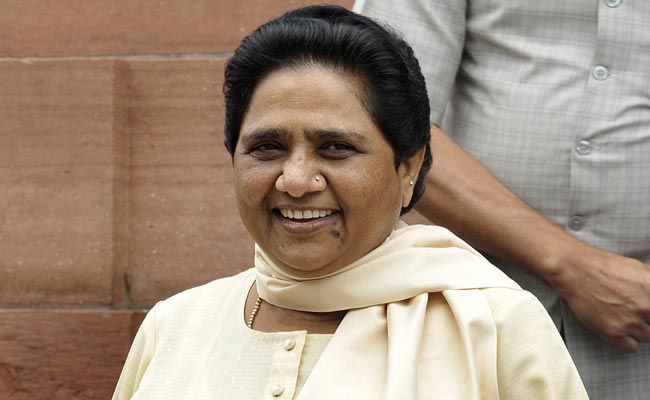 On a day Prime Minister Narendra Modi laid the foundation stone for Noida International Airport, BSP supremo Mayawati on Thursday said such a step at the time of elections has created doubt about the "intention and policy" of the government.

She also said the previous Uttar Pradesh government under her regime had given new dimension to development with Taj International Airport and Ganga Expressway, but the then Congress government at the Centre created obstacles.

"The BSP government had given new dimension to employment and development in Uttar Pradesh through projects like Taj International Airport and aviation hub in Jewar area of Gautam Budh Nagar and 8-lane Ganga Expressway from Noida to Ballia. But despite all the preparations, the Congress government did not cooperate," Mayawati said in a tweet in Hindi.

"The foundation stone of these ambitious schemes (Noida airport at Jewar) has been laid almost a decade after the tenure of the SP and the BJP government, whereas such development work should have been completed on time. But now it is natural to doubt the intention and policy of the government when its foundation is laid at the time of elections," she said in another tweet.

The BSP leader said the judiciary has also expressed displeasure towards the acquisition of land without proper compensation and rehabilitation for the airport project.

"BSP has always been in favour of freedom from poverty, unemployment, backwardness and migration, and is a supporter of overall development of the state, irrespective who is ruling (the state)," she added.

Taking a swipe at previous governments, Prime Minister Narendra Modi on Thursday said Uttar Pradesh was kept in deprivation and darkness earlier, but it is now getting what it always deserved and is making its mark internationally under a "double-engine" BJP rule.

After laying the foundation stone for the Noida International Airport at Jewar in Uttar Pradesh, which would be one of the largest aerodromes in Asia, PM Modi highlighted the development activities in the poll-bound state and said the new airport will help the state become an export-centre whereby even MSMEs will have easier access to overseas markets.