The fossil was found a week ago but it was only after the verification scientists could declare the found specimen a relic, an official said. 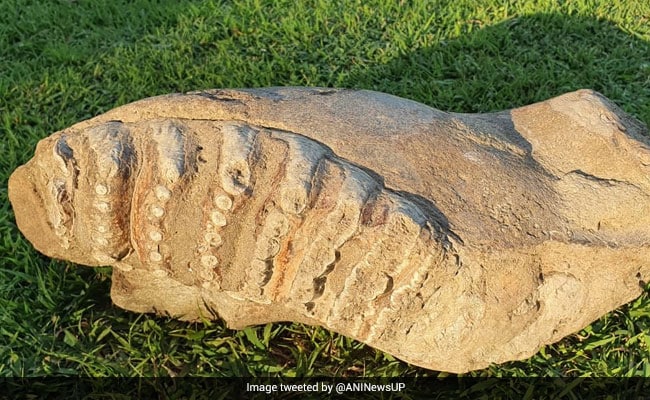 The fossil is that of a Stegodon, a variety of elephant that was found at an early age, an official said

The fossil of an elephant was discovered from the Siwalik sediments exposed in the vicinity of Badshahi Bagh area in Uttar Pradesh's Saharanpur.

The fossil is said to be between five to eight million years old and is from the Dhok Pathan formation of Siwalik range.

"We have found a fossil of a Stegodon, a variety of the elephant which used to be found at an early age. The fossil is from Dhok Pathan formation of Siwalik. The estimated age of the specimen may range from five to eight million years," VK Jain, Chief Conservator of Forest, Saharanpur told ANI.

Mr Jain said that the fossil was found a week ago but it was only after the verification from the Wadia Institute that they were able to declare the found specimen a relic.

"We have consulted the Wadia Institute and a scientist told us that this fossil is a middle-age deposition. This is the first fossil of its kind and we would like to preserve the fossil and increase our research because if we were able to find the fossil, there is a possibility of finding more," he said.

"It is a huge achievement for us and we would like to increase the number of scientists in the study to discover more fossils," Mr Jain further said.