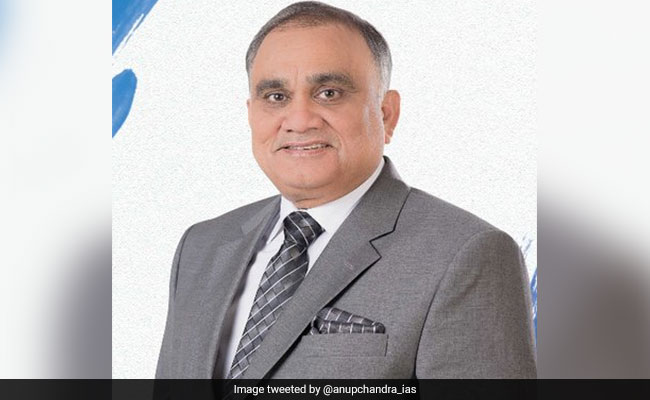 Anup Chandra Pandey was appointed as an election commissioner on Tuesday. (File)

Mr Pandey was appointed as an election commissioner on Tuesday.

Born on February 15, 1959, Mr Pandey was a 1984-batch Indian Administrative Service (IAS) officer. During the span of about 37 years of service, he has worked in various ministries and departments at the centre and his state cadre of Uttar Pradesh, an official statement said.

He will demit office in February 2024 on attaining the age of 65.

Mr Pandey superannuated as the Uttar Pradesh chief secretary in August 2019. Prior to joining the EC, he served as a member of the National Green Tribunal Oversight Committee, Uttar Pradesh.

The state organised the Kumbh Mela at Prayagraj and the Pravasi Bharatiya Diwas when he was the chief secretary.