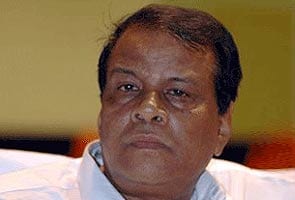 "Raja Shree Mohanty was taken into custody by the human rights cell of the state police department," a police official told IANS.

Raja Shree Mohanty's wife Barsa Swony Choudhury has accused him and his parents of torturing her for dowry ever since they got married in June last year. Her police complaint forced Raghunath Mohanty, who held the law, urban development and information technology portfolios, to resign from the Naveen Patnaik cabinet on Friday.

In the police complaint filed in Balasore, about 220 km from Bhubaneswar, she alleged that her parents had given Rs 10 lakh as dowry at the time of the marriage, but her husband and in-laws wanted Rs 25 lakh more and a vehicle.

Raghunath Mohanty has said that the allegations are false. The opposition has been demanding his arrest and blocking proceedings in the state assembly.