Rajiv Kumar, a retired 1984-batch IAS officer of the Jharkhand cadre, will have a five-year tenure and retire in 2025. 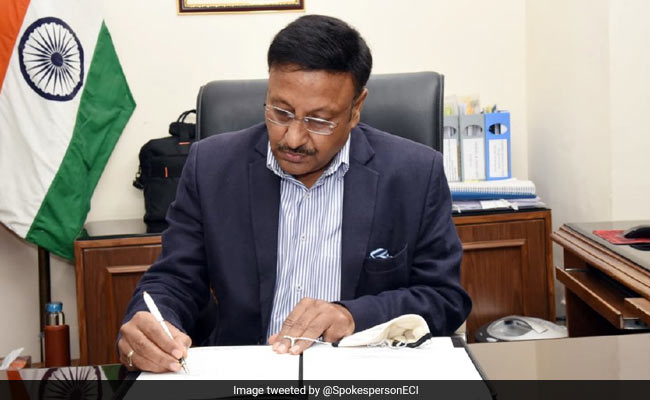 Rajiv Kumar will preside over the next Lok Sabha polls in 2024.

He takes the place vacated by Ashok Lavasa who joins the Asian Development Bank as vice president.

Rajiv Kumar, a retired 1984-batch IAS officer of the Jharkhand cadre, will have a five-year tenure and retire in 2025.

He will preside over the next Lok Sabha polls in 2024.

According to rules, an election commissioner has six years on the post or till he turns 65, whichever is earlier. Rajiv Kumar was born in February, 1960.

During the span of more than 36 years of service, Rajiv Kumar has worked in various ministries at the Centre and his state cadre of earlier Bihar and then Jharkhand.

He retired as the union finance secretary in February this year and was appointed chairperson of the Public Enterprises Selection Board (PESB) on April 29.

Despite disruptions due to COVID-19, more than 40 selections were made in just a span of two months through virtual and physical interview process during his short stay at the public sector headhunter.

Rajiv Kumar has also been Establishment Officer, Department of Personnel and Training, and prior to that joint secretary, Department of Expenditure with earlier assignments in Ministry of Tribal Affairs, Ministry of Environment and Forests, as also Education department in the state cadre.