"The term religious freedom, there was appreciation from both sides that pluralism and diversity," Foreign Secretary Harsh Vardhan Shringla said. 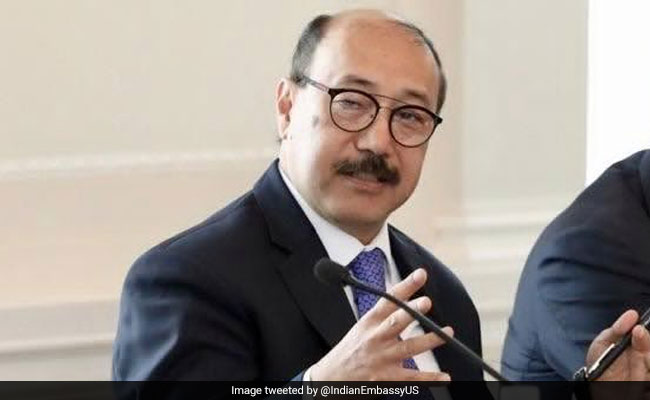 The new citizenship law did not come up for discussion between President Donald Trump and Prime Minister Narendra Modi, Foreign Secretary Harsh Vardhan Shringla said on Tuesday, noting that the two leaders talked about religious harmony in a "positive way".

He said that India and the US held talks in five major categories - security, defence, energy, technology and people-to-people contact, with Trump assuring India highest consideration for collaboration in defence sector.

Mr Shringla said PM Modi and President Trump also decided to move towards what was referred to as "big deal" in trade sector.

In response to a question on whether the contentious Citizenship Amendment Act that has led to violent protests across the country and the National Register of Citizens were discussed, Mr Shringla said the new citizenship law did not come up in the talks.

"The issue of CAA did not come up, but with regard to what you mentioned, the term religious freedom, there was appreciation from both sides that pluralism and diversity are a common binding factor of both the countries," he said.

"You would have heard President Trump in his speech yesterday in Ahmedabad referred to religious diversity and harmony that is evident in India and discussions really to the extent possible were on these lines on this issue," Mr Shringla told reporters.

In response to a question he said, "Religious harmony was discussed in a positive way" between the two leaders and added that discussion on Jammu and Kashmir centered on positive developments in the region.

"Things were moving in the right direction," he said on discussion on J&K during Indo-US talks.

In response to another question, Mr Shringla said that Pakistan figured in the discussion between the two leaders and India's "concerns were put on the table" on cross-border terrorism.

He said the two countries have also decided to set up working groups on curbing narcotics trafficking and reinvigorating homeland security dialogue.

"President Trump has assured highest consideration to India for procurement, technology and joint collaboration in defence sector," he said.

President Trump and PM Modi held talks for five hours to arrive at a slew of agreements, Mr Shringla said.

He said that energy has emerged as one of most important areas of bilateral cooperation and India is expected to source USD 9 billion from US in 2020.

"Indian side raised issue of H1 B visa and highlighted contribution of Indian professionals in high-tech sector," he said.