The meeting came a day after they attended the third India-Central Asia Dialogue hosted by External Affairs Minister S Jaishankar. 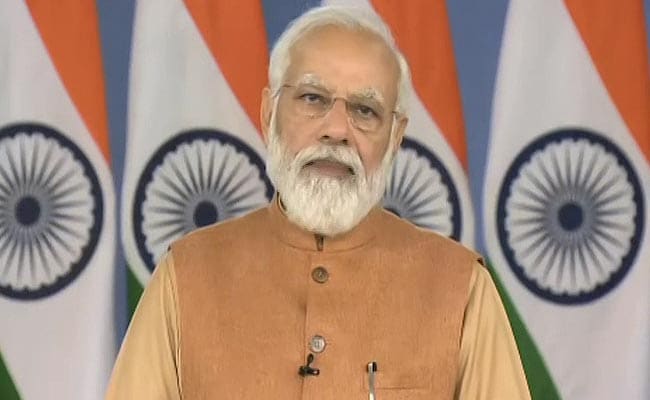 No details about the meeting between were immediately available.

The meeting came a day after they attended the third India-Central Asia Dialogue hosted by External Affairs Minister S Jaishankar.

No details about the meeting between PM Modi and the visiting ministers were immediately available.

Mr Jaishankar and NSA Ajit Doval were present in the meeting between Modi and the foreign ministers of Kazakhstan, Kyrgyz Republic, Tajikistan, Turkmenistan and Uzbekistan.

In the dialogue on Sunday, India and the Central Asian countries discussed a plethora of issues, including the situation in Afghanistan.

The foreign ministers called for immediate humanitarian aid to Afghan people, renewed demand for a "truly inclusive" government in Kabul and asserted that Afghan territory must not be used for sheltering, training, planning or financing terrorist activities.

In the last few years, India has been focusing on expanding overall cooperation with the energy-rich Central Asian countries, considering them to be part of its extended neighbourhood.

The upswing in India's engagement with the region followed Prime Minister Narendra Modi's whirlwind tour of the five countries in July 2015 that resulted in the expansion of two-way ties in a range of areas.

The recent developments in Afghanistan reinforced the importance of the Central Asian countries with three of them -- Tajikistan, Turkmenistan and Uzbekistan -- sharing borders with the war-torn nation.

The national security advisors of all the five Central Asian countries attended an India-hosted regional dialogue on Afghanistan on November 10. NSAs of Russia and Iran also participated in it.

The second meeting of the India-Central Asia dialogue was organised by India in October last year virtually.