For The First Time, BJP Largest Party In Rajya Sabha, Congress Now No. 2

With 58 seats in the Rajya Sabha - one more than the Congress - the BJP is the largest party in the Upper House of Parliament though it still remained in minority.

New Delhi: Sampathiya Uikey, the new lawmaker from Madhya Pradesh, has made history for the BJP by ending the Congress' 65-year run as the Rajya Sabha's biggest party. The BJP now has 58 members, the Congress has 57, though the BJP-led government is still short of a majority in the 245-seat Upper House of Parliament.

The Congress may have remained the largest party till 2018, but its numbers were depleted by the death this year of two lawmakers. Ms Uikey was elected unopposed in a by-election for the Rajya Sabha seat held by union minister Anil Madhav Dave, who died in May this year. 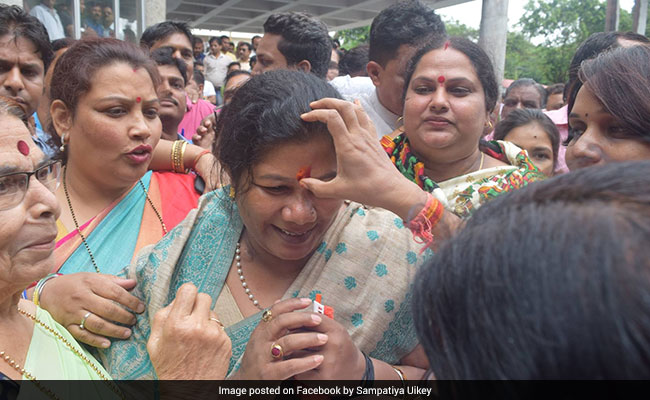 Sampathiya Uikey is BJP's new lawmaker in the Rajya Sabha from Madhya Pradesh.

On Tuesday next, elections will be held for nine seats, six in West Bengal and three in Gujarat, but these may not affect the BJP's lead. The party is set to win the two seats for which its MPs' terms end in Gujarat and is also attempting to prevent the Congress' senior leader Ahmed Patel from returning to the House.

In Bengal, the term of two Congress MPs ends, but the party can win back only one seat, with Mamata Banerjee's Trinamool Congress set to send five lawmakers to the Upper House after a mammoth win in assembly elections last year.

A big boost will come next year when the BJP will win eight of nine Uttar Pradesh seats that will be vacated, after sweeping assembly elections in the state this year. Members of the Rajya Sabha are elected by legislators in a state. 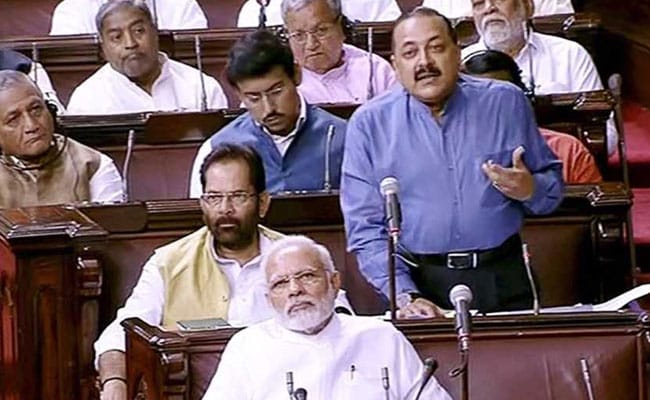 The BJP now has 58 seats in the Rajya Sabha - one more than the Congress.

While the BJP and its allies have a big majority in the Lok Sabha after they swept the national election three years ago, the government has struggled to push through reforms and legislation in the Rajya Sabha because it is in a minority. Big wins in state elections have helped it narrow the gap but it still relies on the support of friendly regional parties like Tamil Nadu's AIADMK and the Biju Janata Dal.

The BJP's new partnership with Nitish Kumar's Janata Dal United in Bihar is expected to help too, though there has been no announcement yet of an alignment at the Centre. The JDU has 10 lawmakers in the Rajya Sabha.

Union Finance Minister Arun Jaitley, who is also Leader of the House in the Rajya Sabha, said the BJP becoming the Number 1 party is a "natural consequence of our support base increasing". "We are in power in most states and since the Rajya Sabha is a council of the states, the strength of the BJP has to be reflected," he said. The minister was confident that his party's "base will increase in every election". 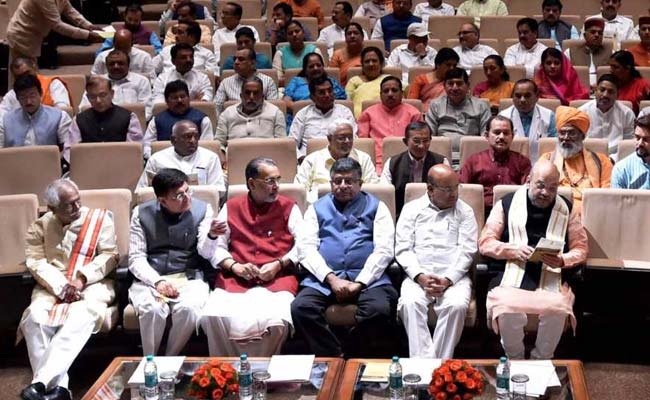 The Parliamentary Party of the BJP met in New Delhi on Wednesday.

The Congress's senior leader Digvijaya Singh conceded it was a natural process. "They have won in the states and this is a house of states," he said.

Promoted
Listen to the latest songs, only on JioSaavn.com
The DMK's Kanimozhi said she hopes regional parties and the states' views will be respected. Mr Jaitley has said the government will work with the opposition and will try to ensure that most bills in parliament are passed with consensus and not through a vote.

The government was embarrassed this week when the opposition forced changes in a bill that sought to amend the constitution and so needed the support of two-thirds of the members present. The government was also hit by the absence of about 30 lawmakers of the BJP and allies when the vote was held. The missing BJP lawmakers have been asked to explain their absence in writing to party chief Amit Shah.

200 Railway Stations In India To Get "World-Class Facilities", Says Minister