Rival parties Congress and AAP have slammed the PM Modi and his party BJP, in power in Gujarat for over two decades, over "event management"

A plastic sheet over a board carrying the name of Oreva Group, right above where the PM later stood.

Just before Prime Minister Narendra Modi visits to the site of the bridge collapse that killed 130 people in Gujarat's Morbi, the name of the company that had "renovated" the British-era bridge — Oreva Group — was covered with a white plastic sheet.

This came as part of what rivals termed "event management" for the PM's visit, two days after the collapse. The local government hospital was also repainted overnight, and a ward with new beds and sheets set up, where the PM would meet some of the injured. 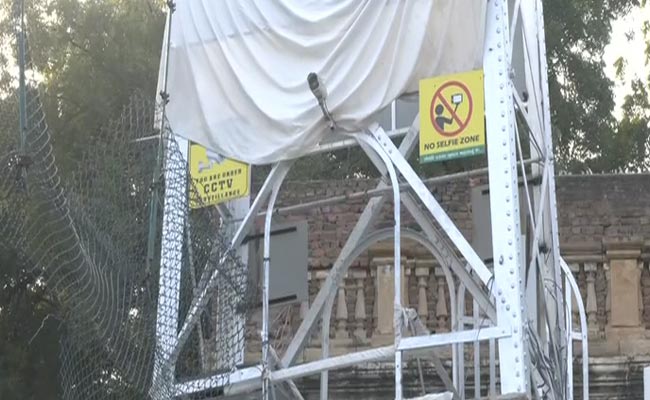 A plastic sheet over a board carrying the name of Oreva Group, right above where the PM later stood (picture below). 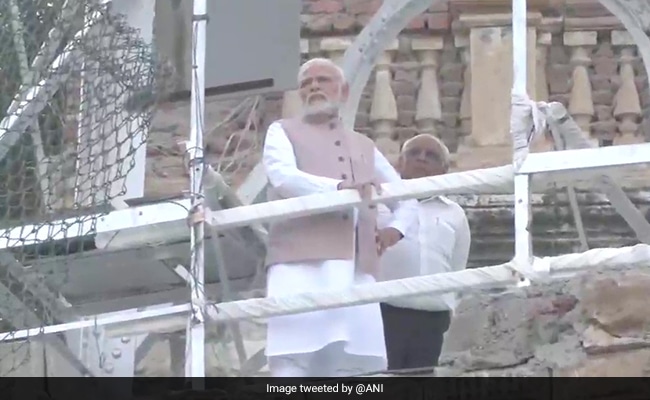 In the middle of the assembly election campaign, rival parties Congress and AAP have sought answers from PM Modi and his party BJP — in power in his home state Gujarat for over two decades — on how the suspension bridge was reopened ahead of schedule without the work having been okayed by any authority.

Sources said some of the older cables of the bridge in Morbi weren't changed during the seven-month renovation by the Gujarat-based Oreva Group, which is mainly a clockmaker with 'Ajanta' as its best known brand.

The company had, soon after signing a 15-year deal with the Morbi civic body for periodic renovations, allegedly outsourced the "technical aspect" to a smaller company with an unknown record, Dev Prakash Solutions.

The bridge, closed since March for renovation, was reopened last week — tickets were sold for Rs 12 to 17 — and collapsed just four days later. Oreva was bound by its Rs 2-crore contract to keep the bridge shut for 8 to 12 months for maintenance and repairs, sources have told NDTV.

Oreva has been accused of multiple safety violations. But none of its top bosses has been arrested.

So far, police have arrested nine people, mostly the staff.

It was a "seriously irresponsible and careless gesture" to reopen the bridge ahead of schedule, the police said in the FIR.