Known For Cycling To Parliament, 3 MPs Could Get Big Promotion Tomorrow 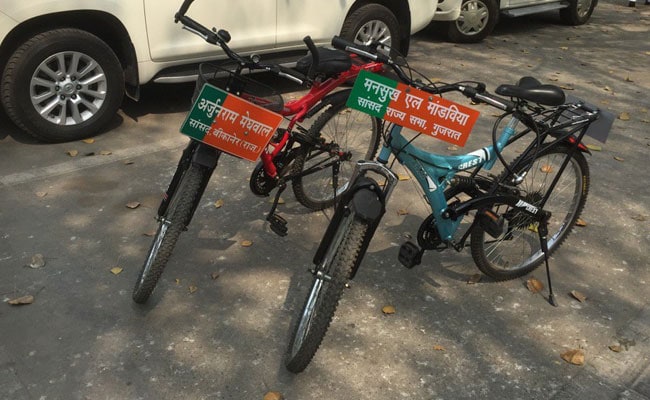 The three politicians have earned a reputation as eco-friendly, choosing to cycle to parliament, instead of using private cars.

Today, the three men drove separately to meet BJP President Amit Shah amid reports that they will join the council of ministers.

Arjun Ram Meghwal, the BJP parliamentarian from Bikaner in Rajasthan, was the trail-blazer - the first MP to use a cycle to get to work when Delhi implemented its famous odd-even traffic scheme, which banned private cars on alternate days to combat pollution.

Mr Meghwal was appointed as his party's chief whip in the Lok Sabha which made him responsible for ensuring that the attendance of the BJP's lawmakers was adequate. 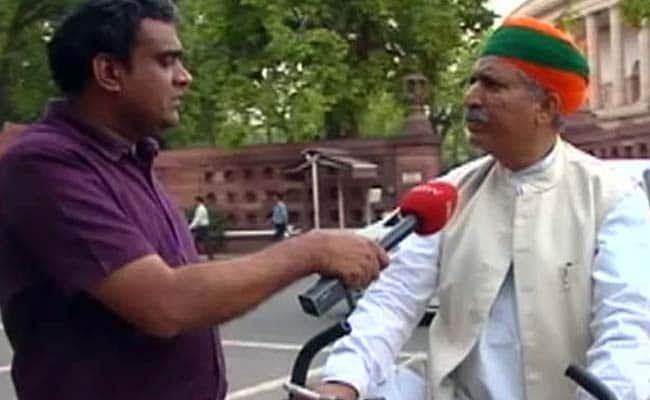 Arjun Meghwal was the first MP to use to get to work when in Delhi. (File Photo)

The other cyclist, Mansukhbhai Mandavia, is a BJP member of the Rajya Sabha from Gujarat.

Third on the list is Anil Dave, a Rajya Sabha MP from Madhya Pradesh. He has actively campaigned for cleaning and saving the Narmada river.

With all three expected to take oaths as ministers tomorrow, whether they use the humble cycle or cars with lal batties or red beacons to reach Rashtrapati Bhawan or the presidential palace will impact their street cred.

This is the first major reshuffle of the cabinet since the PM took office in 2014. The council of ministers currently has 66 members including PM Modi; it cannot exceed 82.