For A Male Heir, 83-Year-Old Marries Woman Over 50 Years Younger

The only reason for marrying a woman over 50 years younger is to get a son who will look after ancestral properties, says 83-year-old Sukram Bairava who invited everyone from 12 villages for a wedding feast. 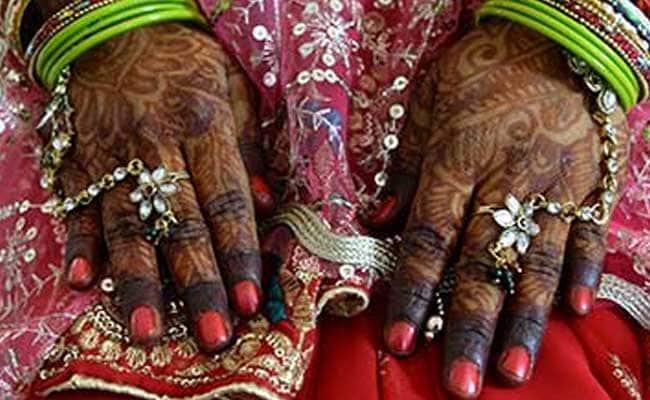 In Rajasthan, 83-year-old marries woman over 50 years younger, to get a son

New Delhi: Riding a horse, 83-year-old Sukram Bairava, led his baraat; he was on his way to marry a 30-year-old woman at Karauli in Rajasthan on Monday.
Sukram's second marriage was with his wife Batto's permission, so that he could get a son to look after his ancestral property.

Sukram and Batto have two daughters who are married and have children.

Local people in Samrada village say, Sukram invited everyone from 12 adjoining villages for an elaborate wedding feast. A huge crowd had turned out to see an octogenarian bridegroom in all finery, lead his marriage procession.

Reports suggest, Sukram's son died 20 years ago after being critically ill for a while. "The only agenda for this marriage is to have a son", said Sukram whose wife echoed his thoughts saying they needed a son who can look after their properties, which include extensive lands in Rajasthan and a plot in Delhi.

A bid to reach the District Collector was futile but the Additional District Magistrate, Rajnarayan Sharma said he will visit the village and inquire about the matter. "Presently, I am not aware of this incident," Mr Sharma said.

Promoted
Listen to the latest songs, only on JioSaavn.com
The Zila Parishad chief, Surendra Maheshwari, who initially claimed he was unaware of the incident, said that he has asked for a thorough investigation and once a detailed report is submitted, the administration will take action against Sukram for marrying twice and his wife for encouraging him - all for a son.