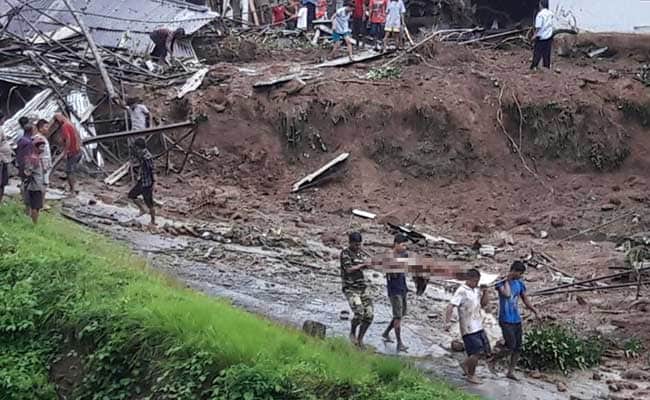 Most of the roads have been severely damaged in Namsai and East Siang districts of Arunachal Pradesh.

Itanagar: The situation in flood-ravaged Namsai and East Siang districts of Arunachal Pradesh continued to be grim today even as water level of several rivers in other affected areas showed a receding trend with an improvement in weather condition.

The flood situation at Namsai, the worst-affected district, worsened with reports of fresh areas being inundated by Noa Dehing, Tengapani and Jengthu rivers which were flowing above the danger mark.

Most of the roads have been severely damaged and and several areas were cut off due to washing away of culverts.

Supply of electricity was snapped as electric poles were uprooted by soil erosion in Lekang circle.

Movement of vehicles on NH-52 has been suspended due to flood water which has weakened two culverts.

Around 3,500 hectares of agriculture field, 115 fish ponds were totally submerged and damaged by flood water in the district. 250 cattle, 400 pigs, 200 goats and 2,000 poultry birds have died or washed away, an official report from Namsai said.

3,500 houses were completely damaged and the residential areas were still inundated.

In the past three days, deputy chief minister Chowna Mein and Namsai MLA Chau Zingnu Namchoom have visited the flood-affected areas of the district and took stock of the situation.

The district administration, with the help of NDRF and CRPF, has intensified relief operation and rescued around 260 people.

A total of 28 relief camps accommodating around 6,000 inmates, mostly in Lekang circle, were operational.

Meanwhile, the Deputy Chief Minister, who visited flood-hit areas of Changlang district yesterday, assured the affected of all possible help from the state government.

Terming flood as major problem which hits Diyun area in Changlang every year, Mein suggested plugging of river in the lower banks to avert its recurrence.