The mission team is on track and already the work is going on, says ISRO chief K Sivan. 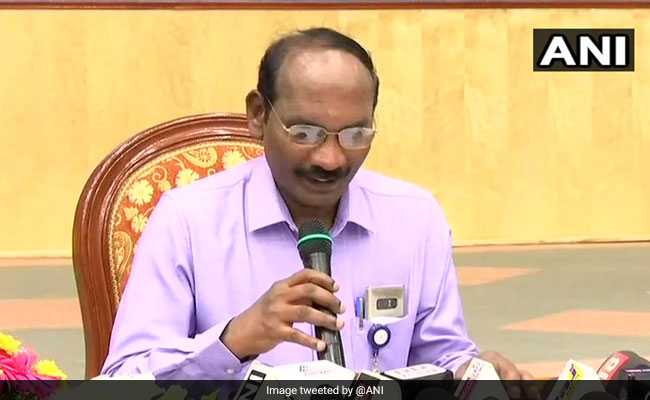 The Indian Space Research Organisation (ISRO) has set a 'target' of achieving the country's ambitious manned mission to space by 2021, with the first unmanned programme of 'Gaganyaan' planned for December 2020, the space agency's chief K Sivan said today.

Prime Minister Narendra Modi had announced in his Independence Day address that India will attempt to send an astronaut to space by 2022 on board 'Gaganyaan'. If successful, India would be the fourth nation to achieve the feat.

"The mission team is on track and already the work is going on," Mr Sivan said after the successful launch of communication satellite GSAT 29 onboard GSLV-MkIII-D2.

"The first unmanned mission of Gaganyaan team we are planning for December 2020, to have the first human in space mission by December 2021. This is the target we are setting (for ourselves)," he said.

The ISRO Chairman said the space agency is planning to have two unmanned missions before the human mission is launched.

Mr Sivan said the first mission was to take a human into space. "They will be orbiting for 5-7 days and carrying out scientific experiments and then they will be brought back safely. This process demonstrates India's capability to launch (a) human in space," he said.

The ISRO Chairman had earlier said technologies that would help in sending an Indian astronaut to space - like the human crew module and the environment control and life support system - have already been developed.

Mr Sivan described GSLV-MkIII-D2, the launch vehicle that will be used to carry an Indian astronaut to space, as "excellent, reliable, simple."

"It will be happening from Sriharikota. And for that launch we have to modify the launch pad," he said.