The aircraft was commissioned into the Indian Navy in 1977 and remained a formidable air asset throughout its service life. 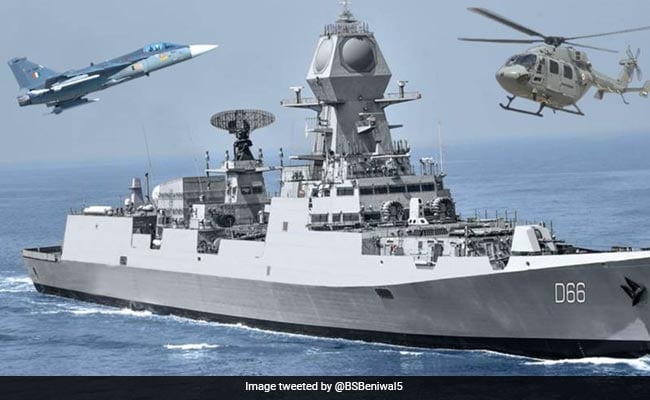 IN 301, the first IL 38SD aircraft of the Indian Navy, was decommissioned after completing 44 glorious years of service to the nation.

According to the Indian Navy, the aircraft was decommissioned on January 17.

The aircraft was commissioned into the Indian Navy in 1977 and remained a formidable air asset throughout its service life.

It was with the induction of IL 38 aircraft that the Navy moved into the arena of airborne long-range maritime reconnaissance (LRMR) combined with long-range anti-submarine search and strike, anti-shipping strike, electronic signal intelligence, and distant search and rescue.

The IL 38 is an all-weather aircraft with long endurance and a substantial operating range.

Having clocked nearly 10,000 hours of operational flying, IN 301 established its high credentials in a multitude of air operations. It remained fully serviceable to the last day of its operational life, and flew a seven-hour mission sortie before bidding adieu.

A 50-year old airframe with 44 years of active military flying, IN 301 had the distinction of being the oldest combat platform of the Indian Navy. Extremely potent all through, it successfully fired two combat air-to-surface missiles last year.

Keeping the vintage aircraft fully operational till its last day in service is testimony to the remarkable dedication of the gallant men behind the Navy's mighty fighting machines.

IN 301 was part of Indian Naval Air Squadron 315 - the 'Winged Stallions' - at Goa. It was greeted with water cannon after its last sortie in recognition of its extraordinary service to the nation.