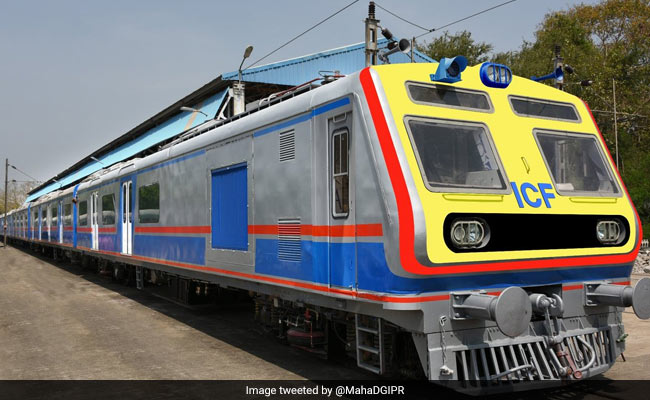 The ICF will also flag off the second AC local train for the Mumbai suburban railways by December 31.

The first air-conditioned local train in north India will hit the tracks next year, with the railways planning to launch the state-of-the-art train for passengers travelling short distances from Delhi, a senior official said today.

The upgraded MEMU air-conditioned train can run at a speed of 130 kmph instead of 100 kmph in the previous version. It has been manufactured at a cost of Rs 26 crore and has a capacity to carry 2,618 passengers as against 2,402 passengers in the present one.

The first such air-conditioned local train will be sent for trials from the Integral Coach Factory (ICF), Chennai, on Wednesday, said ICF General Manager Sudhanshu Mani.

"We have requested (the) Railway Board to allot this rake to (the) Northern Railway.... This rake will be based in Delhi and will run from there to other cities," Mr Mani said.

He added that these new-generation MEMU trains were comparable to the Train 18, which will be launched soon.

The trials of the local train is expected to be completed in less than two months, after which they will be made operational early in February.

The ICF will also flag off the second air-conditioned 12-coach local train for the Mumbai suburban railways by December 31.