All the seven firefighters who suffered burns have been admitted to a hospital. Three of them are in the intensive care unit (ICU) 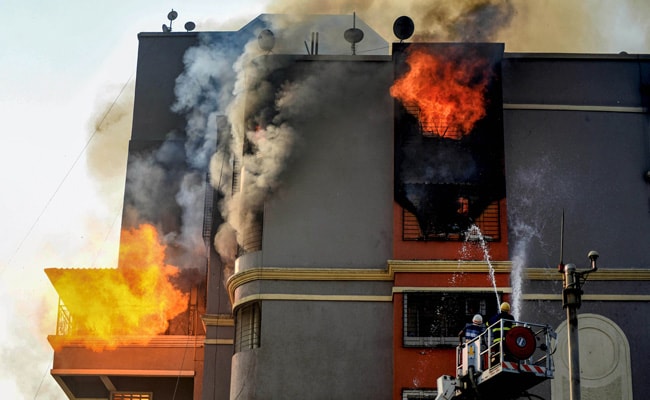 Seven firefighters were injured while trying to control a blaze that engulfed the upper floor at a 21-storey residential building in Navi Mumbai this morning. The fire on the top two floors was set off by a gas cylinder explosion at Sea Home Apartment in Seawoods, near Palm Beach Road, officials said, news agency Press Trust of India reported.

All the seven firefighters who suffered burns have been admitted to a hospital. Three of them are in the intensive care unit (ICU).

"A cylinder blast in the duplex flat spread over the top two floors, triggering the fire around 6.30 am," chief of the Navi Mumbai Disaster Control Room, Dadasaheb Chabukswar, said.

According to Santosh Kadam, head of the Regional Disaster Management Cell (RDMC) of Thane Municipal Corporation, six fire engines from Nerul, CBD Belapur and Vashi were sent to the site to control the fire.

"At least seven firemen were injured... Three of them are in the ICU as their injuries are serious," Mr Chabukswar said.

The fire has been doused and cooling operation is on, he said.