Pictures from the scene showed the buildings engulfed in smoke and firefighters trying to put out the blaze. 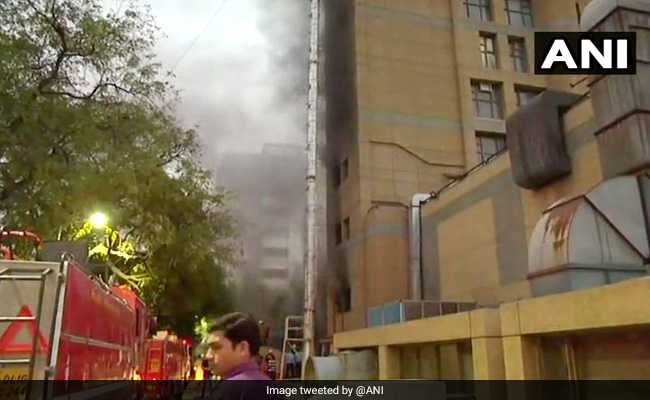 The fire broke out at the trauma centre inside AIIMS.

A fire broke out in an operation theatre in the All India Institute of Medical Sciences (AIIMS) hospital in Delhi on Tuesday, news agency ANI reported. Twenty-four fire were sent to the spot and the fire has been brought under control. There have been no reports of casualties.

The fire broke out at the trauma centre inside AIIMS. A short circuit could have led to the fire, hospital sources said.

Pictures from the scene showed the buildings engulfed in smoke and firefighters trying to put out the blaze.

"A medium category fire broke out at basement of AIIMS Trauma Centre, Delhi. The fire is completely under control now. There are no casualties. Upper floor was vacated due to smoke," Chief Fire Officer Atul Garg was quoted as saying by news agency ANI.

The hospital administration has initiated an inquiry to ascertain the cause of fire.

Hospital sources said two patients in separate operation theatres (OTs) had undergone surgeries just half an before the fire broke out and were in recovery rooms. Doctors quickly shifted them to the emergency area, news agency PTI reported.

In a statement, the hospital said," As an abundant measure of precaution, the doctors and staff shifted the patients from the vicinity of the area to a safe zone. The situation was brought under control and the fire was doused by joint efforts of fire brigade, fire safety team and hospital staff."