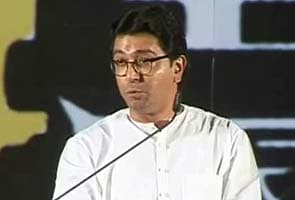 Muzaffarpur: An FIR was on Tuesday filed against MNS chief Raj Thackeray and Shiv Sena Executive President Uddhav Thackeray under various provisions of the Indian Penal Code, including sedition, for making allegedly inflammatory speeches against the people of Bihar.

The case at Town police station in Bihar's Muzaffarpur district was lodged at the direction of a local court against the Thackeray cousins under 124A (sedition), section 153A (promoting enmity between different groups of people), 120B (criminal conspiracy) and 504 (intentional insult with intent to provoke breach of the peace) of the IPC.

Advocate Sudhir Kumar Ojha had filed the case in the court of the Chief Judicial Magistrate S P Singh on September 5 against the Thackerays.

The court had subsequently directed the police to lodge an FIR against the accused people.

Senior Superintendent of Police Rajesh Kumar said the charges against the accused would be investigated.

Promoted
Listen to the latest songs, only on JioSaavn.com
The Thackeray brothers had last month made allegedly inflammatory speeches against Bihari migrants in Mumbai and Maharashtra in retaliation to Bihar government's protest on the arrest of a person from Sitamarhi district for desecration of a martyr's memorial in Mumbai.