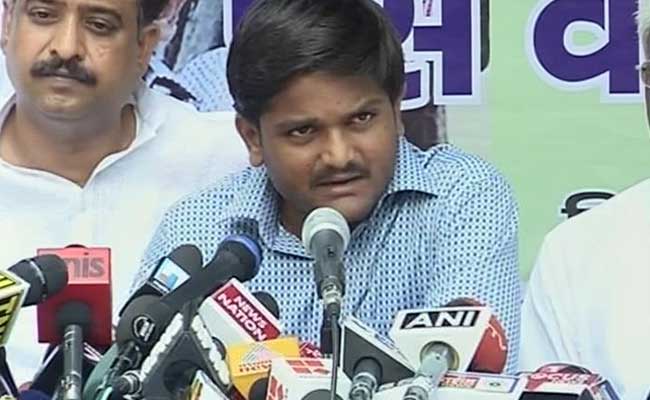 Ahmedabad: A manager of a prominent educational and religious organisation of the Patel community today lodged a First Information Report against Hardik Patel, who has been leading an agitation for reservation, and his 100-odd supporters for trespass, rioting and assault.

The FIR, by Manuprasad Patel, manager of Umiya Campus, at Sola police station, lists offences under the IPC such as sections 384 (extortion), 147 (rioting), 427 (causing damage) and 447 (criminal trespass).

As per the complaint, Hardik and his supporters came to Umiya Campus this afternoon and stormed into the office shouting slogans and created ruckus. They ordered the caretaker, Harshadbhai, to open a hall in the building for a meeting.

Patidar Ananmat Andolan Samiti (PAAS) led by Hardik had organised a meeting of around 200 tehsil and district level leaders at Bopal in the city today. When police refused them permission, they allegedly decided to hold meeting at Umiya Campus where he had held meetings earlier. The trust had earlier supported him.

The sprawling premises of Umiya Campus has a hall, a hostel, a college and some other educational institutes run by a trust.

The ruckus allegedly created by Hardik and his supporters irked many Patel youths associated with Umiya Campus who rushed to the Sola police station late in the evening and shouted slogans against Hardik.

Some local Patel youths burnt Hardik's effigy in Ghatlodia area today, accusing him of using the platform of PAAS for his own ambitions.

They also blamed Hardik for not taking responsibility of the deaths of ten persons during the violence following the PAAS rally in Ahmedabad on August 25.