Moving the bill for passage, Nirmala Sitharaman said several amendments have been carried in the 2013 Act and it has gone through various stages of evolution. 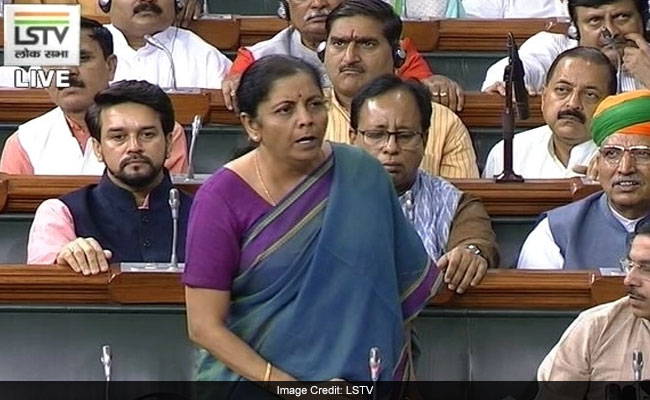 The Companies (Amendment) Bill, 2019 seeks to replace an ordinance promulgated earlier this year.

The Lok Sabha today took up discussion on a bill to amend the Companies Act of 2013 to ensure better compliance levels and to re-categorise some of the compoundable offences as civil defaults with Finance Minister Nirmala Sitharaman saying that it was a "very important bill for ease of doing business".

The Companies (Amendment) Bill, 2019 seeks to replace an ordinance promulgated earlier this year.

Moving the bill for passage, Ms Sitharaman said several amendments have been carried in the 2013 Act and it has gone through various stages of evolution.

She said a committee was constituted in July 2018 which made a detailed study of penal provisions in the Act and some offences of minor nature were being non-compoundable.

The minister said that changes were also being made to plug gaps and strengthen corporate compliance system.

She said the Bill was passed earlier this year by the 16th Lok Sabha but it could not be taken up in the Rajya Sabha and the government had to come up with a second ordinance.

Urging members to pass the bill, Ms Sitharaman said at the ordinance will lapse at the end of this month.

The Bill, she said, incorporates 31 amendments promulgated through the ordinance and 12 new amendments.

While the Act provides that certain classes of public companies need to issue shares in dematerialised form only, the bill states that this may be prescribed for other classes of unlisted companies also.

The Bill re-categorises 16 of 81 compoundable offences under the Act as civil defaults.