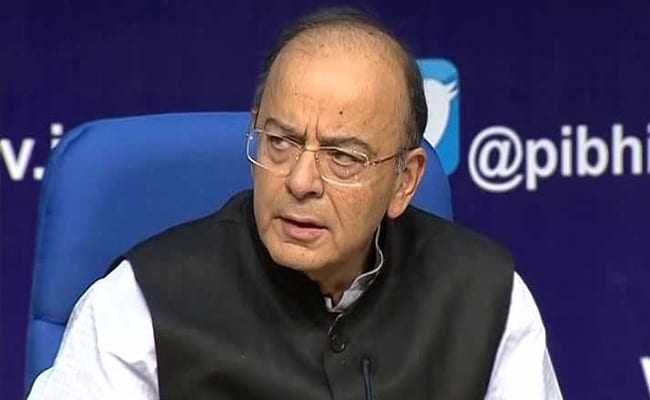 New Delhi: The macro economic fundamentals of the economy are strong, Finance Minister Arun Jaitley said today as he held a press conference flanked by top officials of his ministry. Finance Ministry officials made detailed presentations on their departments. The venue for the press conference was shifted from Shastri Bhawan to the National Media Centre, which has a better facility for audio-visual presentations. The government has been under attack from the Opposition as well former union ministers Yashwant Sinha and Arun Shourie, who have attributed the economic slowdown to what they say is the poor handling of key reforms like demonetisation and the Goods and Services Tax (GST). Economic growth slumped to a three-year-low of 5.7 per cent in the June quarter, the lowest in three years. Earlier today, Mr Jaitley tweeted that the fine for delayed filing of GST returns would be waived for August and September.

Here are the highlights of Arun Jaitley's speech:

A look at the lending by Public Sector Banks, from the presentation by @FinMinIndia
LIVE: https://t.co/5qKs8ieG3Vpic.twitter.com/Jh1JmtmdUw

Arun Jaitley Arun Jaitley on willful defaulters:
Promoted
Listen to the latest songs, only on JioSaavn.com