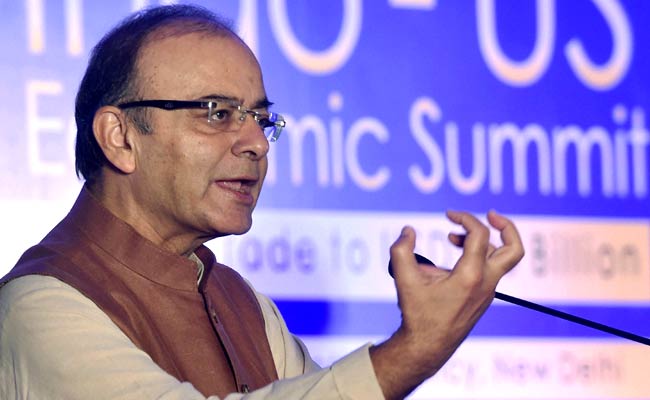 Hong Kong: Finance Minister Arun Jaitley today expressed his confidence that the new goods and services tax (GST) regime will roll out from next fiscal despite the pending issues regarding direct tax.

"The Congress is trying to delay the new tax regime. But one must remember, it is a transactional tax and not an income tax," he said at a press meet in Hong Kong.

Mr Jaitley has gone to Singapore and Hong Kong on a four-day official tour. He expressed his confidence that the GST will be passed in the Rajya Sabha in the next session.

The finance minister, however, added it was not necessary to implement the new regime from April 1, 2016, itself and since it is a transactional tax it can come into effect from the first date of any other month.

"It (GST) can come up on the first of any month. Delay from April 1 does not mean that it will go to April 1 of the next year. That only happens in income tax," he added.

Regarding the impact of Chinese economic slowdown, the finance minister said it will affect the stock markets. "Any change in Chinese currency will impact the currency market."

He also added that Chinese investments in India are very much welcome.

The minister said the high cost of capital was affecting several sectors and domestic private sector investments have been slow.

"The cost of capital is still high. Therefore, it is impacting infrastructure and manufacturing. Its impact on real estate sector which is an important growth engine in India is itself being felt," he said.

Asked about his expectations from the apex bank - the Reserve Bank of India's - next monetary policy move, he said: "Let us leave it to RBI."

22 Fire Engines At AIIMS Delhi After Fire On 9th Floor, Everyone Rescued