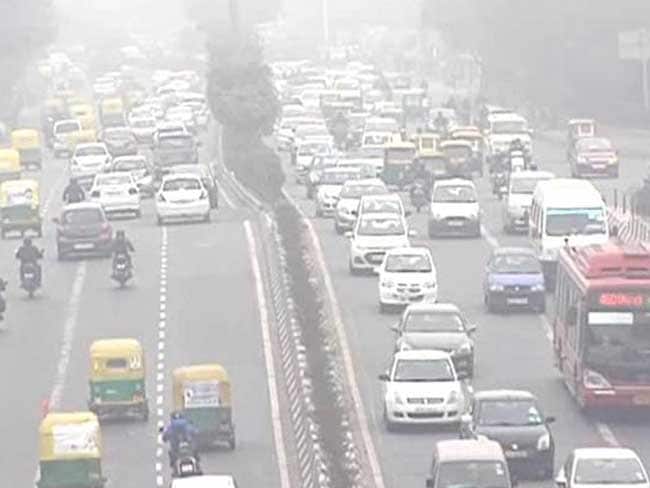 New Delhi: The judge was disgusted.

Four bureaucrats stood meekly before him, their heads bowed. In May, he had ordered them to inspect the damage wrought by development near an ecologically sensitive lake bed in Bangalore, one of India's fastest-growing cities. But their report left the judge far from impressed.

"We are totally displeased with your work!" Judge Swatanter Kumar thundered last week, eliciting gasps across the courtroom. "We didn't write the 110-page order last time so that it is made a mockery of."

He flung the file across the desk.

"Even if one more brick is laid," he warned, "we will order all the buildings to come down."

Kumar is the chairman of the National Green Tribunal, which has become a major arbiter in some of the most pivotal environmental battles in India since being established five years ago. The green court, known for its speed in a judicial system that otherwise moves at a glacial pace, has taken on more than 10,000 cases since its inception, weighing in on air pollution, trash collection, mining, toxic dumps and dam projects. It has resolved about two-thirds of the cases.

The National Green Tribunal's widening influence comes at a time when Prime Minister Narendra Modi is trying to ease the cumbersome process of environmental approvals to attract more investment, an effort that has led to clashes between the government and the judiciary.

Others, however, see the court as a bulwark against rampant growth and a defender of the environment.

"The green tribunal is now the epicenter of the environmental movement in India," said Ritwick Dutta, an environmental lawyer. "It has become the first and the last recourse for people because their local governments are not doing the job of protecting the environment."

On most days, the tribunal's courtroom looks more like a classroom, with Kumar acting as the disciplinarian. The retired Supreme Court judge sits with four colleagues on a bench that towers over rows of case files stacked on the floor. In his thin voice, Kumar relentlessly admonishes the lawyers and bureaucrats who appear before him.

Last week, he took on an official supervising the cleanup of the Ganges River. Many Hindus believe that the waters of the Ganges, or Ganga, cleanse them of their sins.

"Do you know what the word 'holy' means? Someone poured Ganga water on an idol of God and fecal matter came out," Kumar shouted. "You keep polluting the river. Because you think: Ganga is Ganga, she will carry everybody's sins. This is the river we worship, and look what you are doing to it every day."

On Wednesday, the court also said only holy idols made of ecologically friendly material could be immersed in the Yamuna River, a popular religious ritual.

Environment officials complain that he imposes unrealistic deadlines and makes unreasonable demands for data and information. If officials fail to show up in court, Kumar even issues arrest warrants against them.

"Sometimes the court orders officials to take action in two days, when everybody knows that it is humanly impossible," said Raj Panjwani, a senior counsel. "But the judge is pushing them to at least start the work. His goal is to shake up the system."

The array of cases can be dizzying. A retired army colonel petitioned to save what he called the last "sacred forest" around New Delhi. A resident asked the court to order the "de-choking" of trees by removing pavement tiles from around the roots. A man complained about trees being cut down to make way for apartment buildings near the Taj Mahal. And a group of Buddhist lamas opposed to a hydroelectric project in the Himalayas is trying to save 10 black-necked cranes that nest there during winter.

Kumar, who said he does not give media interviews, is incensed.

"It is so frustrating that from morning till evening, everybody seems to be worsening the environment. As if they are all living in the sky and the rest of us are left to die on Earth," he said in court last week.

Kumar can wield his power with a devastating swipe of his pen: The court has canceled a thermal power plant and an airport in the past, and it has imposed penalties on officials who do not comply. But the general impression among activists is that although it has adopted an aggressive tone on everyday concerns such as pollution and littering, the court has been somewhat conservative on large infrastructure projects.

"In a developing country, talking about environment is seen as a luxury one cannot afford," said Mallika Bhanot, an activist with Ganga Avahan, or the Call of the Ganges. "The court tries to find the middle path between development and environment."

It walks this tightrope almost every day.

Scolding a representative from a pharmaceutical company that dumped fluoride into a river in the southern state of Telangana, Kumar said last week: "We can seal your factory. But we are also conscious of the fact that it has economic consequences. People will lose jobs."

In recent months, the National Green Tribunal has been pitted against the government in an epic battle to clean New Delhi's air, which a 2014 World Health Organization report deemed the dirtiest in the world.

A petition to improve the air quality has ballooned into a high-profile trial that could test the limits of the court's power.

In April, Kumar ordered a ban on all vehicles older than 10 years in the capital. Residents reacted with anger. Long lines ensued at checkpoints along the city's borders. City officials said the order was impossible to enforce. "NGT to put Delhi out of business," read a headline in the Pioneer newspaper.

Government officials tried unsuccessfully to block the ban in court, but Kumar was undeterred. He went on to order traffic-flow data and pollution-monitoring equipment, and he questioned the state government's plan to buy 10,000 more public-transportation buses. He even asked manufacturers whether they can design a new kind of bus.

When the Delhi government dragged its feet on supplying him with data on the number of vehicles entering the city, he snapped, "Stop making jokes of our orders."

With each passing day, the case has gotten flabbier as Kumar has widened the scope by including issues such as the quality of fuel, landfills, the burning of trash, automobile design, road accidents and polluting power plants.

Officials grumble privately that Kumar is overstepping his authority, but environmentalists support his tactics, saying the health of millions of residents is at stake.

"This is a very important battle. The government has been on a denial mode all this while, passing the buck from one department to another. With this trial, that denial mode has to end. This is a defining moment for environmental law," said Sanjay Upadhyay, the attorney representing the petitioner.

Khardung La, Other Major Passes In Ladakh May Soon Get Tunnels