Ayodhya case: "We will lay the foundation stone there on February 21," Swami Swaroopanand Saraswati said of their Ram temple plan 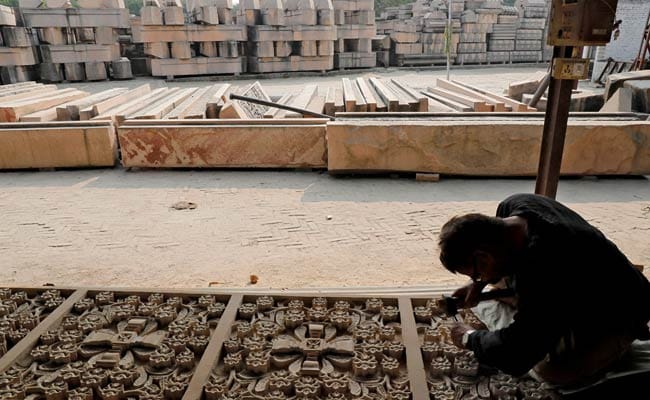 A powerful priest said on Wednesday he would lead a group of followers to start building a temple on the ruins of a 16th-century mosque, which could violate a court order and raise religious tensions in an election year.

A mob of Hindu activists levelled the Babri Mosque in 1992, sparking communal riots that killed about 2,000 people across India. The site in Uttar Pradesh's Ayodhya has been the focus of a Hindu-Muslim dispute for many years.

Hindu groups believe the site is the birthplace of Lord Ram. They also point to evidence there was a temple there before the mosque was built in 1528.

The place where the Babri Mosque once stood is now under court control, guarded by armed state and federal police and surrounded by walls and watchtowers.

"We'll lay the foundation stone there on February 21," Swami Swaroopanand Saraswati said after meeting sadhus and priests at the world's biggest religious gathering, Kumbh Mela, in Uttar Pradesh. "Lord Ram resides there and that's his birthplace." But Zafaryab Jilani, a secretary of the All-India Muslim Personal Law Board and an advocate in the mosque case, said his community would not be provoked by such calls to disturb the status quo and that any attempt to breach the site would amount to a contempt of court.

"We have full faith in the Supreme Court," he told Reuters.

Saraswati's aides said they were ready to be arrested if their attempts are resisted.

His statement to Reuters partner ANI and others comes a day after the central government petitioned the Supreme Court to return land around the site seized by various court orders over the years.

Building the temple is a key demand of rightwing groups and some allies of the ruling BJP and has gained fresh impetus ahead of a general election due by May.

The BJP said in its 2014 general election manifesto it would "explore all possibilities within the framework of the constitution" to facilitate the construction of a Ram temple at the disputed site.

The BJP government in Uttar Pradesh, whose chief minister Yogi Adityanath is a saffron robe-wearing Hindu priest, has already organised a large eight-week Kumbh Mela gathering at Prayagraj city where millions visit for a holy dip at the confluence of the Ganga, the Yamuna, and a mythical third river, the Saraswati.