The Minister for Road Transport and Highways also said that from December, all vehicles will come with 'readymade fast tags' to ensure smoother movement 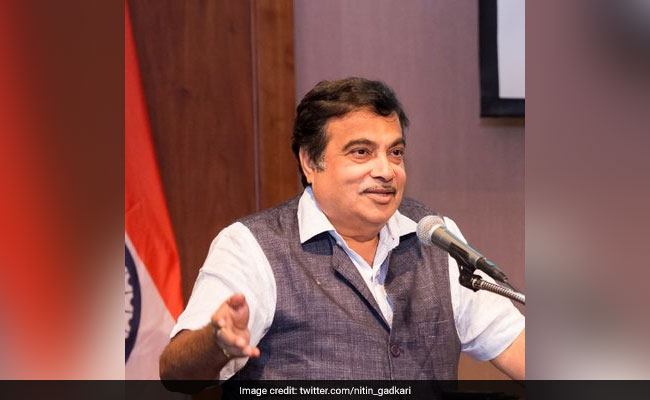 Nitin Gadkari said out of the 69 fee plazas, FASTag lanes were operational in 48 (File)

The Minister for Road Transport and Highways also said that from December, all vehicles will come with 'readymade fast tags' to ensure smoother movement.

"There are 479 fee plazas operational on National Highways (NHs) across the country. 'FASTag' lanes have been made operational at 409 fee plazas," he said during the Question Hour in the Rajya Sabha.

The minister was asked by when the fast tag lanes would become operational, as often toll collection inconvenienced the highway users. He said the work on installation of requisite infrastructure on toll plazas was proposed to be completed during the current year.

Giving details about Rajasthan, Mr Gadkari said out of the 69 fee plazas, FASTag lanes were operational in 48.

Some members also expressed concern over inconvenience faced by MPs at toll barriers, to which Mr Gadkari said the parliamentarians were given two cards which facilitated free vehicular movement - one in New Delhi and another in their constituency.

He said this was only for two vehicles and not for the entire entourage of a Member of Parliament.

A member suggested that no toll should be charged as such a step will be lauded by the people.

Mr Gadkari said if services have to be availed, a price has to be paid. He said the funds to build roads were gathered from toll.

A member suggested that GST collected on toll should be brought down to 15 from 18 per cent, to which Mr Gadkari replied the matter was being discussed with the Finance Ministry.

After 17 Days Of Search, One Miner's Body Recovered From Meghalaya Mine