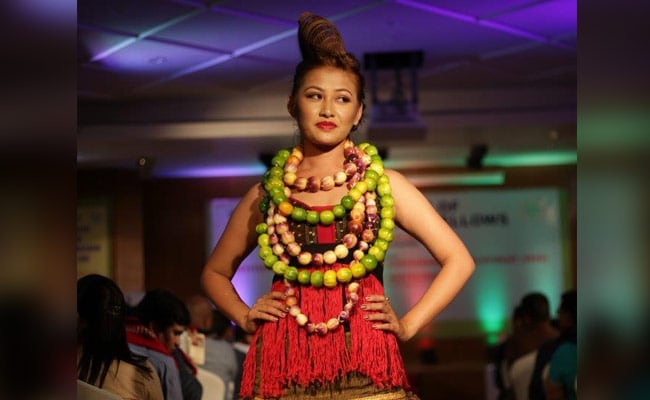 New Delhi: A boat lab to study biodiversity, and a fashion parade to showcase it - the unique natural resources of the northeast were highlighted this month in two first-of-their-kind initiatives.

The focus on the northeast comes as part of Prime Minister Narendra Modi's Act East policy. The Prime Minister has repeatedly underscored that he wants the northeast to be the "Gateway to Southeast Asia".  He has also described the eight northeastern states as Astha Lakshmi (the eight forms of Lakshmi, the Goddess of prosperity and wealth)

Till now most explorations were carried out by the Ministry of Environment and Forests and focused on large animals and plants, now minor flora and small animals may become the focus.

The boat-lab -- which will ply on the Brahmaputra and study the floodplains and the rich animal and plant species of the river's mega ecosystem -- will be home to scientists. The government has earmarked Rs 50 crore for the project, which will be up and running by December, said Dr Harsh Vardhan, Union minister for science and technology.

The fashion show at Imphal, showcased what is already cherished: Local college students wore clothes made of bamboo and rattan fibres, the ornamentation included scented black rice, rare plants. The showstopper was garlands of the world famous Naga chilly -- Bhut Jolokia, one of the world's hottest.

The one-hour programme was attended by more than 150 scientists from all over India. Not a single paise was used from government coffers, say the organisers, the Institute of Bioresources and Sustainable Development.

This is "beauty with a purpose" said Professor Dinabandhu Sahoo, Director of the Institute of Bioresources and Sustainable Development, which organized the show.

The northeast is a recognised hotspot for biodiversity and is home to many unknown species. Recently the Botanical Survey of India named a new plant species they discovered from the region "Dryptes Kalamii" in the honour of former President Dr APJ Abdul Kalam.

Lauding the one of a kind event, Dr K Vijay Raghavan, secretary of the Department of Biotechnology, Ministry of Science and Technology, said people and their lives are "intimately connected to their eco-system and the preservation of biodiversity".

Promoted
Listen to the latest songs, only on JioSaavn.com
"These events, as long as they focus on this connection, can help in communicating how our lives and what we wear can be connected to our environment," he said.

A new mission to map plants hoping to find new medicines is also being planned.