Farooq Abdullah informed Mr Singh about the tense situation in the Valley, which has been further fueled by speculation about possible developments, National Conference vice-president Omar Abdullah said. 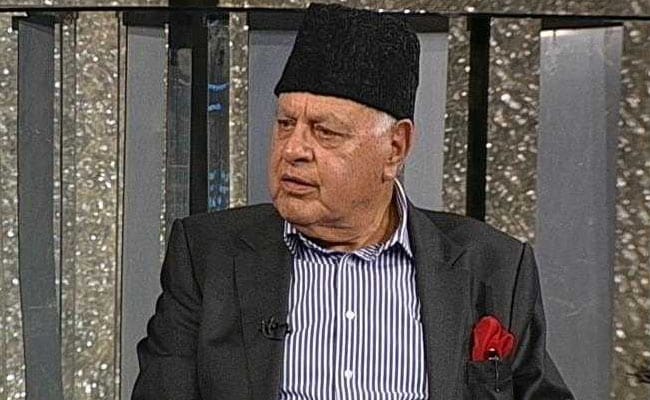 Amid reports of panic stocking of essentials by residents in the Kashmir Valley, National Conference president Farooq Abdullah spoke to Union Home Minister Rajnath Singh and asked him to take steps to reassure the people.

He informed Mr Singh about the tense situation in the Valley, which has been further fueled by speculation about possible developments, National Conference vice-president Omar Abdullah said.

"The president of @JKNC_ has spoken to Union Home Minister @rajnathsingh Sb to brief him about the sense of panic that is prevailing in the valley at the moment. He has requested the union government to step in with a statement & steps that reassure people," Omar Abdullah tweeted on Saturday night.

"Dr Farooq Abdullah briefed @rajnathsingh Sb about the panic buying in the markets & the way petrol pumps have run dry and how speculation about possible developments has worsened an already tense situation," he tweeted.

Residents of Srinagar and other major towns of the Valley went on a panic buying spree on Saturday as government departments issued circulars and advisories, which hinted at the possibility of long drawn disruption in normal life.

Cars queued up at fuel stations late in the night, prompting oil companies to suspend sales.