In January this year, a tractor parade was organised by the farmers in Delhi on the occasion of Republic Day, which turned violent. 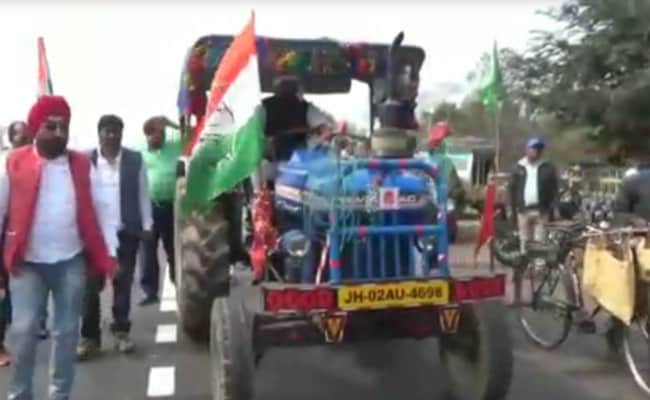 Tractor Parade: The farmers' rally will begin the rally from Khatkar toll plaza in Jind (File)

Farmers in Haryana's Jind district have decided to take out a tractor parade on the occasion of Independence Day in protest against the Centre's farm laws. They have also decided not to allow any ministers to hoist the tricolour on the occasion.

A tractor parade was organised by the farmers in Delhi on the occasion of Republic Day in January this year, which turned violent.

On August 15, they have decided to hold a parade on their tractors and trolleys in Haryana's Jind. The farmers, carrying agriculture-related tools, will begin the rally from Khatkar toll plaza in Jind and march towards the city. They have prepared a route for the march but said they are ready to follow any other route decided by the authorities.

"We'll take out a big rally with our tractors. We'll have our own tableaus. We will make a route plan and submit to the authorities," said Vijender Sindhu, farmer leader.

The farmers have warned against the visit of any minister or leader from the government's side. "We'll show black flags and oppose their visit," said Satveer Pehelwan of Khera Khap.

The farmers have been protesting against the recent central farm laws since November 26 last year and camping at various borders of the national capital. Several rounds of talks have been held between them and the government to resolve the issue.