PM Modi also interacted with farmers after the release of Rs 18,000 crores as part of PM Kisan Samman Nidhi scheme.

Under the PM-KISAN Scheme, a financial benefit of Rs 6,000 per year is provided to the eligible beneficiary farmers, payable in three equal 4-monthly installments of Rs 2000 each through direct benefit transfer.

Meanwhile, Union Agricultural Minister Narendra Singh Tomar appealed to the protesting farmers to end their protest and hold talks with the government.

"I appeal to the protesting farmers to end their protest and hold talks with the government. I hope they will understand the importance of the new farm laws, and the issue will be resolved soon," Tomar said.

Farmers continue their protest at the borders of Delhi against the Farmers'' Produce Trade and Commerce (Promotion and Facilitation) Act, 2020; the Farmers (Empowerment and Protection) Agreement on Price Assurance and Farm Services Act, 2020; and the Essential Commodities (Amendment) Act, 2020.

Here are the Live Updates on farmer protests:

Dec 26, 2020 02:42 (IST)
Not farmers but "farm-grabbers" may lose land: Jitendra Singh on new farm laws
Union Minister Jitendra Singh on Friday said "farm-grabbers" may lose land that has been illegitimately taken away from farmers and not that of the agriculturists, PTI reported.
He refuted the false rumours that the farmers will lose ownership of their land under the new farm laws.
Dec 26, 2020 00:50 (IST)
Congress spreading confusion over farm laws: BJP's Satish Poonia
Rajasthan BJP president Satish Poonia on Friday accused the Congress of spreading confusion among people and farmers over the Centre's farm laws. Mr Poonia claimed that farmers from across the country are not part of the protest against the laws, PTI reported.
Dec 25, 2020 22:51 (IST)
Farmer Unions To Again Meet On Saturday On Centre's Fresh Talks Offer
The protesting farmer unions met on Friday to discuss the government's latest letter inviting them for talks, with some of them indicating that they may decide to resume their dialogue with the Centre to find a solution to the ongoing deadlock over the three contentious agri laws.
The unions said they will hold another meeting on Saturday where a formal decision on the Centre's invite for the resumption of stalled talks is likely to be taken.
An official in the Union ministry of agriculture and farmers' welfare also said the government was expecting the next round of meeting to take place in the next two-three days.
One of the protesting union leaders, who did not wish to be named, said their demand for a legal guarantee on minimum support price will, however, remain the same.
Dec 25, 2020 22:12 (IST)
Centre Not Willing To Solve Farmers' Issue, Want To Wear Them Down: Congress
Hours after Prime Minister Narendra Modi blamed those with a political agenda for the deadlock in talks over agriculture laws, the Congress hit back, saying the government does not want to solve farmers'' problem and trying to "wear them down".
"The entire country listened to Prime Minister Modi's clarification on TV today. They say bigger the crime bigger the clarification and the prime minister is just doing that," Mr Surjewala said, claiming that the PM and his ministers are only giving "clarifications" without looking into the plight of farmers.
"For a month, farmers are protesting near Delhi's borders in this cold weather. Forty-four of them have already died due to various reasons but the pro-capitalist government is not moved," senior Congress leader Randeep Singh Surjewala told reporters on Friday.
Dec 25, 2020 21:34 (IST)
Farmers Being "Misled" On New Laws, Says Uttarakhand Chief Minister
Uttarakhand Chief Minister Trivendra Singh Rawat on Friday said farmers are being misled about the new farm laws by their "sympathisers" who actually do not want them to prosper.
Joining Prime Minister Narendra Modi's programme for transferring Rs 18,000 crore directly into bank accounts of farmers across the country, Mr Rawat described the new farm laws as the biggest reformative step ever taken in the interest of farmers.
"Farmers are free today to sell their produce wherever they like. The MSP mechanism will also continue. Doubling of farmers' income is the Prime Minister's major objective. But farmers are being misled by people pretending to be their sympathisers. They are actually people who don't want farmers to prosper," Mr Rawat said.
Dec 25, 2020 20:50 (IST)
Private Companies Won't Grab Land Under Contract Farming: PM Modi
Prime Minister Narendra Modi on Friday allayed fears that private firms might grab farmers' land under a new contract farming law enacted by the Centre, as he listened to success stories about benefits of the new Acts while interacting with peasants from seven states.
After releasing Rs 18,000 crore funds to 9 crore farmers under the PM-KISAN scheme, PM Modi held interaction with farmers from Arunachal Pradesh, Maharashtra, Uttar Pradesh, Madhya Pradesh, Tamil Nadu, Odisha and Haryana.
In their interaction with the PM, the seven farmers shared their success stories and also highlighted the benefits of recently enacted agri-laws. They also shared their good experience of working with private players under contract farming agreements.
Dec 25, 2020 20:13 (IST)
Protesting Farmers Picket Punjab Hotel, BJP Leaders Escape Via Backdoor
A group of BJP leaders in Punjab's Phagwara had to slip out from the backdoor under police protection on Friday after farmers protesting the central government's new agricultural laws picketed a hotel that they were holding an event in.
Demonstrators from the Bharti Kisan Union (Doaba) protested at the hotel where the BJP leaders were observing the birth anniversary of former prime minister Atal Bihari Vajpayee.
The protesters claimed that the hotel was owned by a BJP activist who also ran a company that supplied cattle and chicken feed. They said they will boycott the company's products.
Led by the union's vice president Kirpal Singh Mussapur, several demonstrators held a protest outside the hotel and surrounded the BJP leaders and workers who had managed to get inside before the farmers began their agitation.
Dec 25, 2020 19:18 (IST) 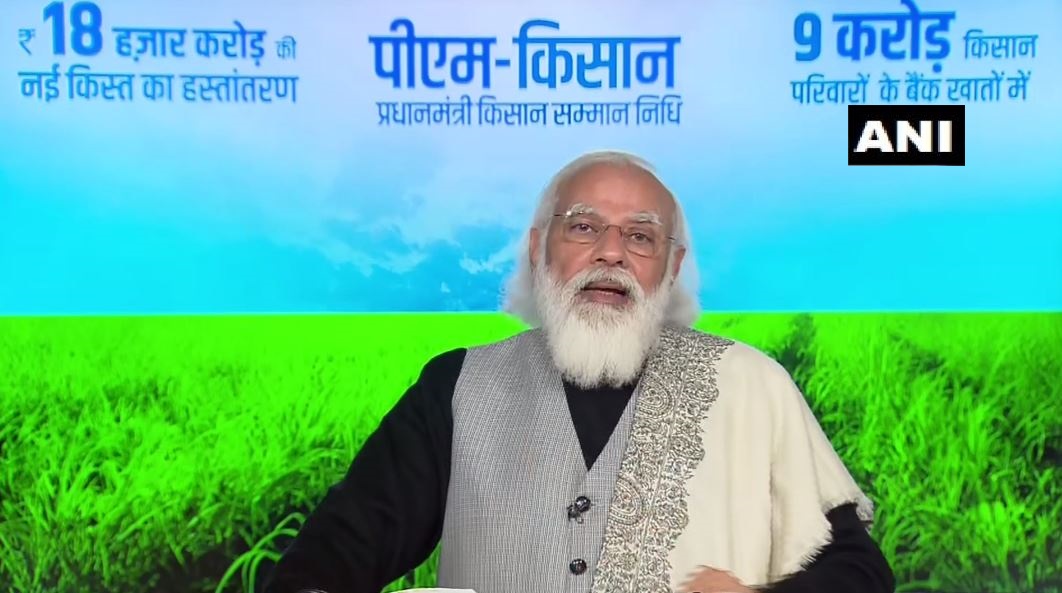 Dec 25, 2020 13:41 (IST)
Today, every farmer knows where he will get the best price for his farm produce. With these farm reforms, farmers can sell their produce to anyone anywhere. What is wrong if the farmers are being benefitted?: PM Modi addresses farmers.
Dec 25, 2020 13:41 (IST)
The groups who are talking about mandis, APMC are the ones who destroyed West Bengal, Kerala. There are no APMCs and mandis in Kerala. So, why are no protests in Kerala? Why don't they start a movement there? But are only misguiding the farmers of Punjab: PM Modi.
Dec 25, 2020 13:16 (IST)
The farmers of Bengal have been deprived of the benefits of the Centre's schemes. Bengal is the only state which is not allowing benefits of the schemes to reach the farmers: PM Modi.

Mamata Banerjee's ideology has destroyed Bengal. Her actions against the farmers have hurt me a lot. Why is the Opposition quiet on this?: PM Modi https://t.co/TCwIqEXXhs

Dec 25, 2020 13:01 (IST)
Today, more than Rs 18,000 crores have been directly deposited in the accounts of farmers; no middlemen, no commissions: PM Modi.
Dec 25, 2020 12:51 (IST)
So far, I've received Rs 10,000 under PM Kisan Samman Nidhi. Under the new farm laws, we can now sell the farm produce to any private business/organisation. This year, I sold 85 quintal soybean to ITC: Manoj Patidar, farmer from Dhar, Madhya Pradesh during interaction with the PM. 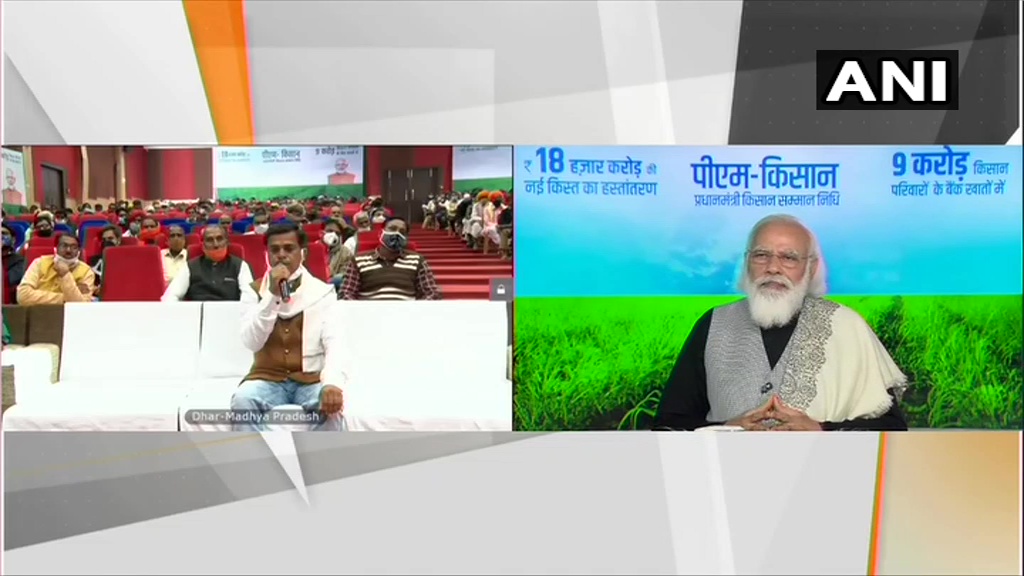 Dec 25, 2020 12:50 (IST)
Earlier, I used to do rice farming but I am also interested in gardening. I have planted lemons in 3 acres and guavas in 7 acres of land. We sell them in local mandis and get a good amount for it: Hari Singh Bishnoi, a farmer from Fatehabad in Haryana.
Dec 25, 2020 12:50 (IST)
I urge you to tell farmers about the Kisan Credit Card and its various benefits which include the availability of loans at low-interest rates: PM Modi to a farmer from Odisha.
Dec 25, 2020 12:49 (IST)

I received my Kisan Credit Card in 2019. I took an amount of Rs 27,000 on loan from the bank on a mere 4 per cent interest as compared to 20 per cent from intermediaries: Naveen, a farmer from Odisha during interaction with PM Modi pic.twitter.com/ou8uJcJmJf

Dec 25, 2020 12:49 (IST)
PM Modi interacts with farmers after the release of Rs 18,000 crores as part of PM Kisan Samman Nidhi scheme.
Dec 25, 2020 12:07 (IST)
The three farm laws are in the favour of the farmers. Nobody can remove MSP system or snatch farmers' land from them. The government is ready to hold talks with farmers' unions with an open heart, says Amit Shah. 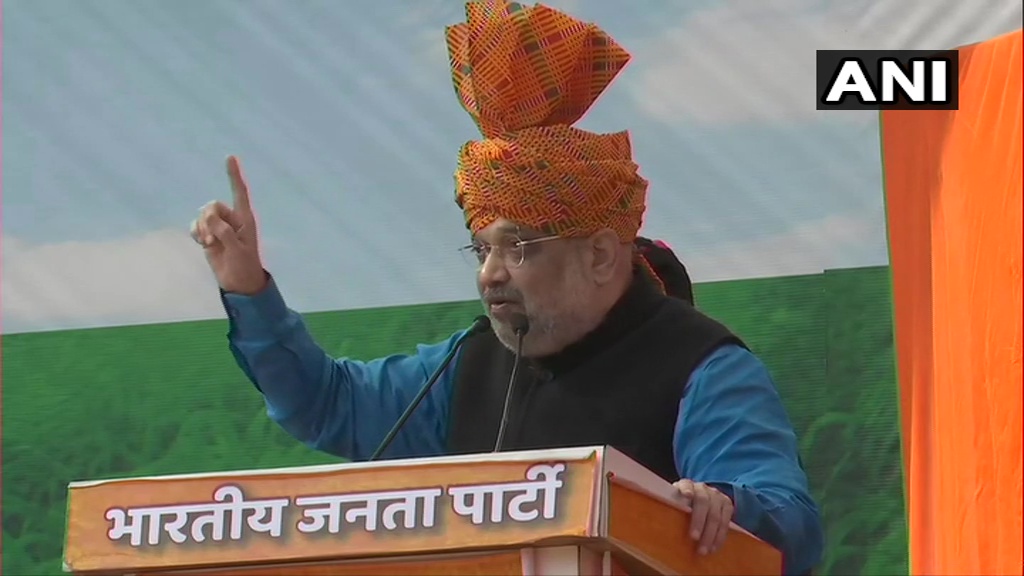 Dec 25, 2020 12:07 (IST)
PM Modi will release Rs 18,000 crore as the next instalment under the Pradhan Mantri Kisan Samman Nidhi scheme to over 9 crore farmers today with a click of a button. He is the true well-wisher of farmers: Union Home Minister Amit Shah.
Dec 25, 2020 10:53 (IST)
Seven US Lawmakers Write To Mike Pompeo On Farmers' Protest In India
A group of seven influential US lawmakers, including Indian-American Congresswoman Pramila Jayapal, have written to Secretary of State Mike Pompeo, urging him to raise the issue of farmers'' protest in India with his Indian counterpart. India has called the remarks by foreign leaders and politicians on protests by farmers as "ill-informed" and "unwarranted", asserting that the matter pertains to the internal affairs of a democratic country.
Dec 25, 2020 10:14 (IST)
Many farmers have thanked PM Modi for the new agriculture laws. We will double farmers' income by 2022. The government is ready to talk and clear doubts of the farmers who are protesting. A solution can be found only through dialogue: Union Minister Anurag Thakur. 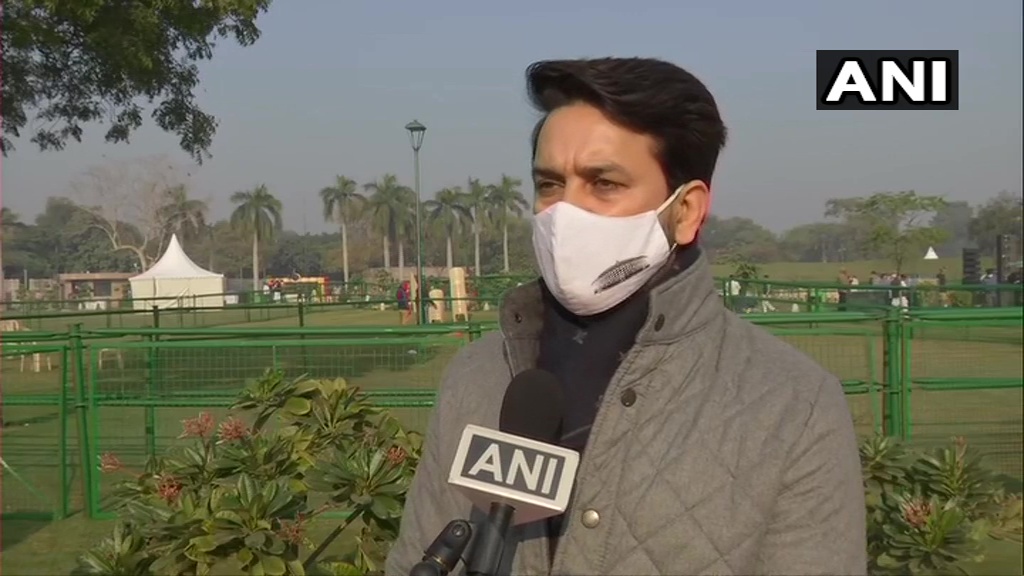 Dec 25, 2020 10:00 (IST)
BJP's Plan For PM's Speech To Farmers Today
The BJP is sparing no expense to reach out to farmers today, when Prime Minister Narendra Modi will address nine crore farmers and clarify the centre's position on the farm laws, as well as release the next batch of financial aid - ₹ 18,000 crore - from the PM-Kisan scheme. Read Here
Dec 25, 2020 08:58 (IST)
Farmers Protest At Delhi's Borders Enters 30th Day

Farmer unions on 23rd December wrote to the government urging it not to repeat the "meaningless amendments" which they had earlier rejected and to come up with a concrete proposal in writing pic.twitter.com/39dhvKgyzA

Traffic Alert
The chilla,Gazipur borders are closed for traffic coming from Noida & Gaziabad to Delhi because of farmer protests. People are advised to take alternate route for coming to Delhi via Anad Vihar, DND, Apsara,bhopra& Loni borders.