The trenches reflected the determination of the police in BJP-ruled Haryana to stop the farmers, who are protesting against three laws brought in by the central government. 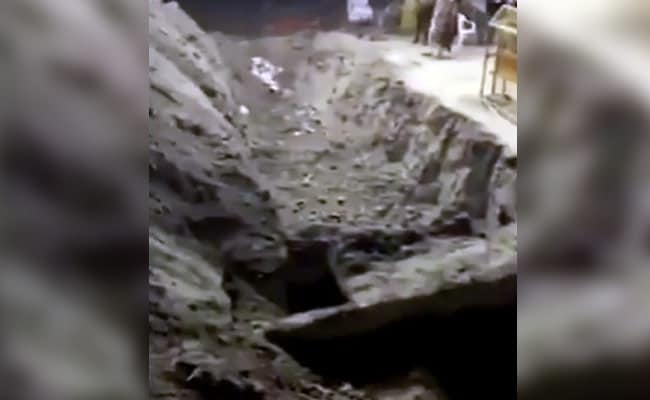 Farmers' protest: Trenches were dug at points near the Haryana-Delhi border.

In order to block thousands of protesting farmers heading towards Delhi, Haryana used a common military tactic - digging trenches at points near the state border. Images showed roadsides dug up and heavy trucks and barbed wire barricades on the roads at the border as a firm barrier to farmers marching towards the capital.

The trenches reflected the determination of the police in BJP-ruled Haryana to stop the farmers, who are protesting against three laws brought in by the central government in September. The police have also used sand-laden trucks and barricades wrapped in barbed wire.

The farmers have shown equal resolve to push ahead. Yesterday, a large group of farmers, facing tear gas and water sprays, pushed ahead, throwing bricks and stones at the police and forcing them to move back. As the cops parked vehicles to block the bridge, the farmers physically pushed them. After a two-hour confrontation, hundreds of farmers cleared the bridge and marched ahead, crossing into Haryana.

Later in the day, images showed trenches dug by the police on routes to be taken by farmers trying to reach Delhi.

"The idea is to delay the movement of farmers from Punjab so that they don't reach Karnal," an officer said on Thursday. Similar blockades were put up near Kurukshetra.

Trenches like these were last used by some states to prevent interstate movement of migrants during the coronavirus lockdown.

A video that was widely circulated showed roads dug up at Odisha's border with Andhra Pradesh. There were reports of such measures in Tamil Nadu too.