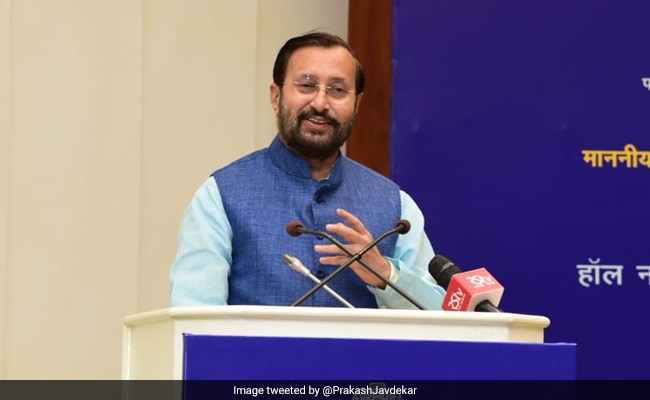 Union Minister Prakash Javadekar said on Saturday that fake news was a bigger menace than paid news and asked journalists to introspect about ways to deal with it.

Speaking at an event organised by the Press Council of India to observe the National Press Day and confer National Awards for Excellence in Journalism, the Information and Broadcasting Minister also discussed the issue of "lynching" and how only "one kind of lynching" was being talked about.

"A fake news was circulated about child kidnappers and it claimed 20 lives. When there is discussion about lynching, only one lynching is talked about but these 20 people also died due to lynching. That is not talked about," he said.

Talking about how fake news goes viral on social media, he said even if a tweet is deleted, it stays somehow.

"There should be discussion about how to deal with the menace of fake news. You can give suggestions to the government," he told the gathering.

Mr Javadekar also spoke about how press freedom was curbed during the British rule and the Emergency in 1975.

He said as a student activist of the RSS-affiliated Akhil Bharatiya Vidyarthi Parishad, he had fought for press freedom during the Emergency and had even gone to jail.