Facebook Vice President To Appear Before Parliamentary Panel On March 6

In his appearance before the panel, Facebook Vice-President Joel Kaplan will explain what the social media giant is doing to safeguard citizen's rights. 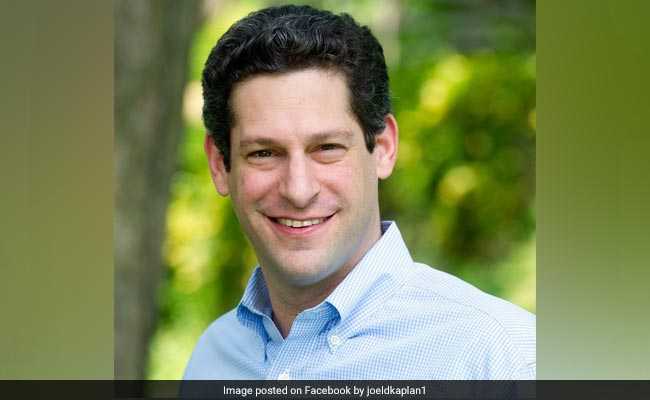 Facebook Vice President Joel Kaplan will appear before a Parliamentary panel on March 6.

Facebook Vice-President Joel Kaplan will appear before the Parliamentary Committee on Information Technology in New Delhi on March 6 to explain what the social media giant and its subsidiaries--WhatsApp and Instagram are doing to safeguard citizen's rights across platforms.

"Senior Facebook officials will appear on March 6 before a parliamentary panel to outline the specific measures taken to ensure safety of users on its platform," told news agency IANS on Sunday.

CEO Mark Zuckerberg or COO Sheryl Sandberg are not travelling to India for the hearing.

The Facebook officials' presentation will follow appearance of Colin Crowell, Global Vice-President (Public Policy) of Twitter, before the Anurag Thakur-led panel on February 25. Crowell had spoken about how the microblogging site would help address issues like political bias and manipulation on its platform.

Twitter was also asked to reply to some of the unanswered queries within 10 days.

As India gears up for general elections, global social media platforms are discussing how to curb misinformation and fake news in a country where mobile penetration has helped Facebook, WhatsApp and Instagram reach millions of users.

In the runup to the Lok Sabha polls, Facebook has introduced a new tool to bring transparency to ads related to politics.

Anyone who runs ads related to politics will have to reveal their identity and location to pass the authorisation process and have a "Published by" or "Paid for by" label.