Facebook arrest: The girls were arrested for their own 'protection', report quotes policemen saying 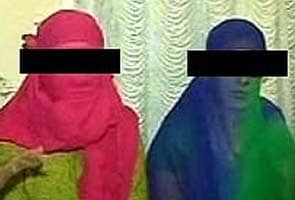 Mumbai: The two girls arrested over a Facebook comment were held for their own good, say the policemen involved in the case, according to the enquiry report submitted by Inspector General Sukhwinder Singh. The two girls were arrested after one of them posted a message on Facebook protesting the Mumbai shutdown following Shiv Sena Supremo Bal Thackeray's death. The other girl had liked the post.

IG Sukhwinder Singh's report says that the arrest could have been avoided and recommends that the charges be dropped at the earliest. It also recommends departmental action against the policemen involved in the arrests.

"We have received the report of enquiry from IG of Konkan range where he has suggested some administrative action against some police officers and we have submitted the report to the government accordingly," special IG Deven Bharti said.

There were omission and commission on the part of the police, IG Sukhwinder Singh said in the report, sources say. The report says that invoking Indian Penal Code's (IPC) Sections 295 (A) (deliberate and malicious acts, intended to outrage religious feelings or any class by insulting its religion or religious beliefs) and 505 (2) (making statements creating or promoting enmity, hatred or ill-will between classes) against the women wasn't justified, sources add.

In their defence, the policemen involved say the girls were arrested for their own protection.

A video accessed by NDTV shows Deputy SP of Palghar, Ramdas Shinde, trying to appease the Sena men, promising action against the girls. The video shows him saying that he is with Shiv Sena in their sentiment against the Facebook post.

"We are registering a case under section 295 A of the IPC and Section 66A of the IT Act. Their family members are here and they are ready to give a written apology. But that doesn't mean we will not register a case. I will also give you'll a copy of the apology in 15-20 min," Deputy SP of Palghar, Ramdas Shinde said.

"Be rest assured action will be take. Please remain calm. An unfortunate incident has taken place. Please don't give in to incitement. I am with you in your sentiments. Please understand me," he says.

The two girls were arrested on Monday after a Shiv Sena leader Bhushan Sankhe lodged a complaint in the Palghar police station in Thane district. They were released hours later after paying two bonds of Rs. 15,000 each.

The woman's Facebook status read: "Everyday 1000s of people die but still the world moves on. Just due to one political leaders death.. everyone just goes bonkers. They should know we are resilient by force, not by choice. Respect is earned, not given and definitely not forced. Today Mumbai shuts down due to fear and not due to respect." She later deleted the post and apologised for it.

A clinic owned by the uncle of one of the girls' was ransacked, allegedly by a group of 30 to 40 Shiv Sena workers. 10 people were arrested for the attack but were soon released on bail after Rs. 7,500 was paid by each as surety.

Promoted
Listen to the latest songs, only on JioSaavn.com
Following a furore over the girls' arrest, Maharashtra Chief Minister Prithviraj Chavan had promised "strict action" against police personnel, if they were found guilty in the probe.