"Not A Surprise": Foreign Minister On US-Taliban Landmark Peace Deal

External Affairs Minister S Jaishankar remarked that Afghanistan has seen big changes over the last 20 years and stressed that these achievements should not be allowed to wither away. 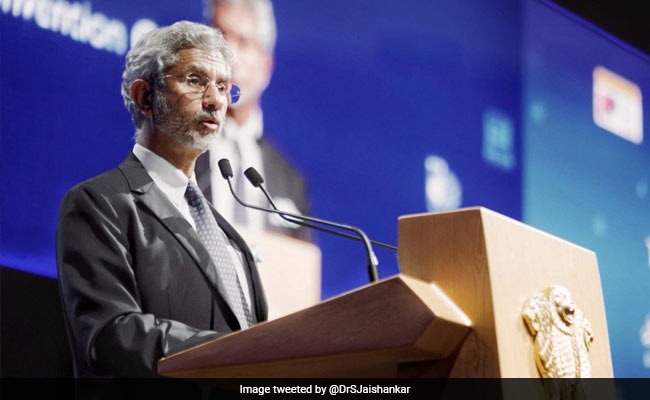 "Our message to the US is the achievements should not be lost," S Jaishankar said. (File)

Foreign Minister S Jaishankar today said that the recently reached agreement between the United States and the Taliban did not come as a surprise as everybody knew what would happen.

He also said that India would have to watch and see how things play out in the wake of the peace deal.

"What we saw at Doha (where Taliban negotiated the peace deal with US) was not a surprise. Everybody knew what will happen. It was almost like watching "Pakeezah" after seeing the trailers," Mr Jaishankar said at an event organised by the Centre for Policy Research (CPR) in New Delhi.

The External Affairs Minister remarked that Afghanistan has seen big changes over the last 20 years and stressed that these achievements should not be allowed to wither away.

"I do believe that the past 20 years have brought about big changes in the war-torn country. This is not the Afghanistan of 2001. Our message to the US is the achievements should not be lost. We have to wait and see how it plays out," he added.

"The Afghan dialogue will also involve the neighbours. We are all watching the space," he told the gathering.

The US-Taliban deal was reached after over 18 months of talks. It is aimed at paving the way for peace in Afghanistan and the departure of foreign troops.