Exclusive: How Violent Gau-Rakshaks And Police Work In Tandem

Cattle traders complain of a nexus between police and cow-vigilantes who harass them with impunity.

Pune: As violence by self-styled cattle vigilantes or gau-rakshaks swells across India, roiling the parliament and grabbing headlines, NDTV attempted to get a ringside view of how they are allowed to operate with impunity.

An NDTV cameraperson, Sanjay Mandal, armed with a hidden camera, posed as an assistant to a truck carrying 10 buffaloes from Pune towards Satara district, about an hour south of the city in Maharashtra.

Shafaaq Qureishi, the driver told us that he had brought 20 animals to Pune for sale. Only 10 were sold, and so he was going back with the rest to see if he could sell them in a rural mandi.

To ensure that the truck met legal guidelines, we checked its papers and its contents. According to Maharashtra's laws, the slaughter (or transport for slaughter) of cows, bulls and calves is prohibited.

Buffaloes however can be slaughtered if they are declared infirm. 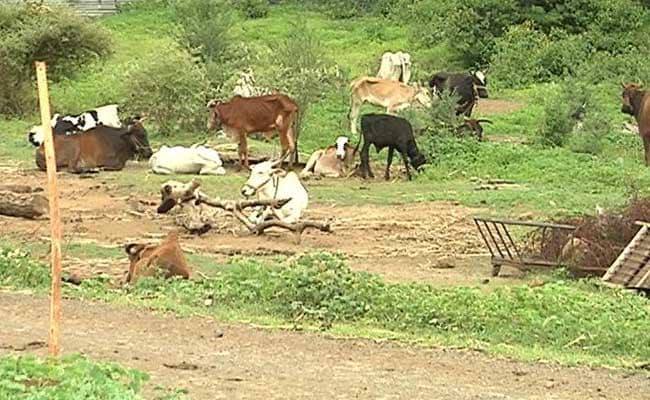 The buffaloes in the truck were declared infertile by the government mandi or market from where they were purchased. The driver also had a medical certificate from a government veterinarian permitting their travel.

And yet, just an hour from Pune near the village of Saswad, a mob of aggressive 'gau-rakshaks' or cow-vigilantes stopped the truck. They pushed and shoved Sanjay and the driver, yanked him out and snatched his phone.

Screaming abuses all the while, they forced themselves into the truck's cabin and steered it into a police station.

Until then, they had not even looked in the back of the truck.

At the Saswad police station, a bigger crowd gathered. The tension in the atmosphere was palpable.

Police officials made little attempt to control the mob. Instead they were taking cues from a young man leading the gau-rakshaks. He identified himself to NDTV as Subhash Tayade, a member of the local Hindutva group, Samastha Hindu Aghadi. 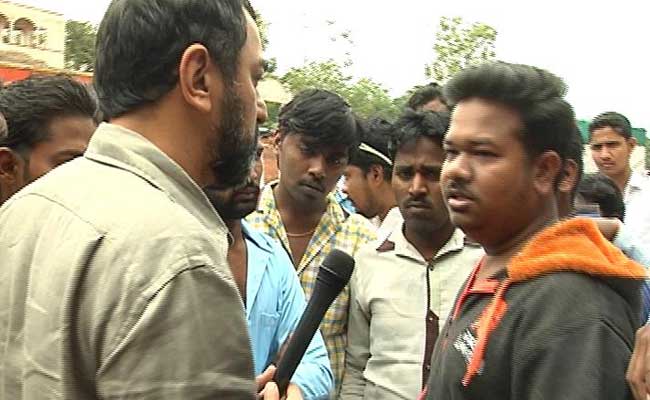 Police appeared to be taking cues from Subhash Tayade, a leader of the gau-rakshaks.

Tayade's boys told us they were tipped-off about the truck by a Pandit Parsuram Modak, the owner of a nearby gau-shala or cowshed. "We were looking out for this truck all night after Pandit-ji's tip off," they said.

A Facebook community page describes Mr Modak as a gau-rakshak, who has worked for "the BJP and RSS for 40 years".

When we asked Sub Inspector AS Tapade how a mob can forcibly stop a truck and push and shove those inside, he said the gau-rakshaks only pass on information to the police.

What we had witnessed was very different - it was rule of law by mob. When pressed, Tapade said they would act against the gau-rakshaks if needed.

A senior official, Inspector SS Gaud arrived and took charge. Halfway through Mr Gaud's hearing, Mr Tayade received a call from a man called Swamy. He handed the phone to the Inspector, who told Swamy that the truck contained buffaloes, not cows or bulls, and seemed to have all its papers. 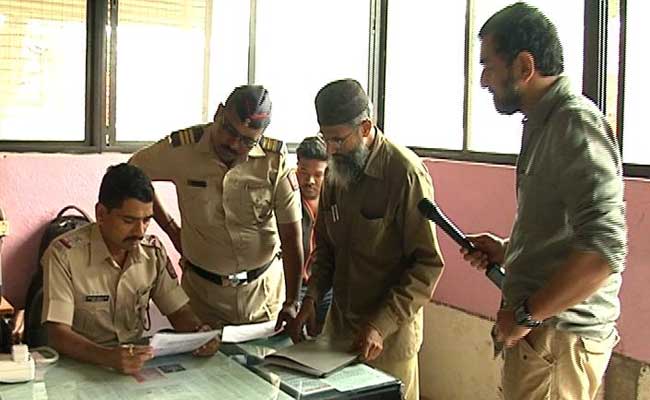 The police admitted the truck had the papers needed for transporting the buffaloes.

Swamy turned out to be Shiv Shankar Swamy, who, according to lawyers for the cattle traders acts as an enforcer for a number of cattle shelters in the Pune area. He has multiple cases registered against him, including for attempt to murder as well as a brief spell of externment (a temporary exile) from the district.

A short while after Swamy's call, the police registered a case under the anti-animal slaughter laws, as well as under animal cruelty laws.

Sadiq Qureishi, a member of a group that provided legal aid to drivers, was furious. He said, "We have a medicine box, water, fodder, all that is needed. The police are acting under pressure from above."

We glanced in the room next to the Inspector's cabin. Inside were gau-rakshaks, helping the police draft the FIR or First Information Report.

Despite multiple attempts, the police inspector refused to comment. At the time of our report going to air, the truck has been seized, the animals sent to a cattle shelter, the driver arrested. Those who led the mob, attacked the truck, and created a near-riot like situation remain at large.
Comments
Gau RakshaksCow VigilanteCow VigilantismMaharashtraPunePolice