The drone, called Warrior, is part of an indigenous programme called CATS or Combat Air Teaming System, described as "a composite amalgamation of manned and unmanned platforms which work together to penetrate heavily defended enemy airspace." An animated image of 2 unmanned Warrior drones flying in support of a Tejas Light Combat Aircraft.

A full scale replica of India's first-ever semi-stealth drone, now under development, is being showcased at Aero India, the mega air-show which kicks off in Bengaluru later this week.

The drone, called Warrior, is part of an indigenous programme called CATS or Combat Air Teaming System, described as "a composite amalgamation of manned and unmanned platforms which work together to penetrate heavily defended enemy airspace." In simple terms, the Warrior drone is being designed to operate with an Indian-made Tejas combat aircraft flown by an Indian Air Force pilot, which it will defend and fight with as they go into combat together.

The first Warrior prototypes are expected to fly within three to five years and is being funded by Hindustan Aeronautics (HAL). 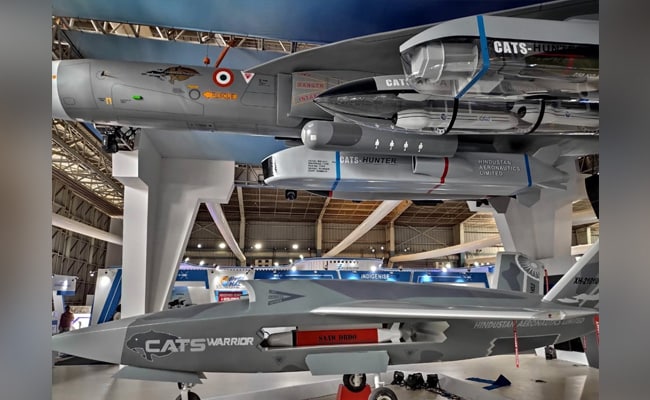 The Warrior unmanned drone is part of CATS, or Combat Air Teaming System, which has multiple next-generation systems under development.

"Multiple Warriors will be commanded by a single Tejas," said a source close to the project. The idea is to maximise the effectiveness of every mission while reducing the potential of losing the lives of precious pilots since they would be accompanied by the drones which would protect them. "The Warrior is being armed with air-to-air and air-to-ground missiles," which would be used to hit targets on the ground or in the air.

The Warrior, while not an out-and-out stealth platform, which would allow it to evade being picked up by radar, is classified 'low observable', which makes its detection challenging for contemporary systems.

At the moment, Hindustan Aeronautics Limited, which has been working on drone warfare concepts for more than five years, is working towards the design, development and integration of key subsystems of Warrior. The Indian Air Force and the Indian Navy, the eventual users of the platform, will need to re-shape their operational philosophies around the concept of 'combat-teaming' to effectively integrate the use of a manned and unmanned platform. 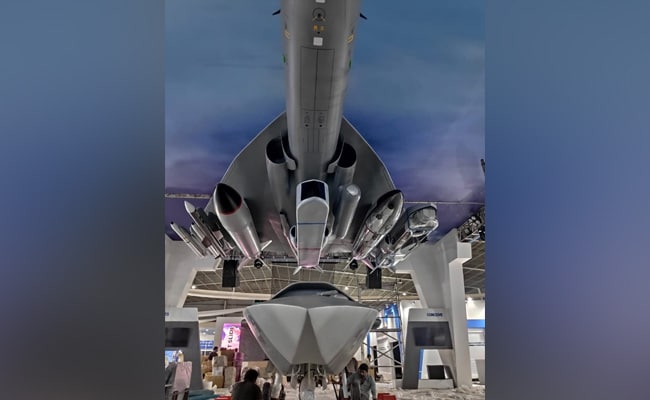 The Warrior drone is a low-observable platform which is difficult to detect on radar.

The Hunter drone is a part of a series of new designs which are in the process of being designed and developed. This includes the Hunter cruise missile, designed to hit targets more than 200 kilometres away and a swarm drone system called ALFA-S designed to hone in on multiple targets which it identifies through artificial intelligence and machine-learning technology which allows the weapon to discriminate between possible targets. 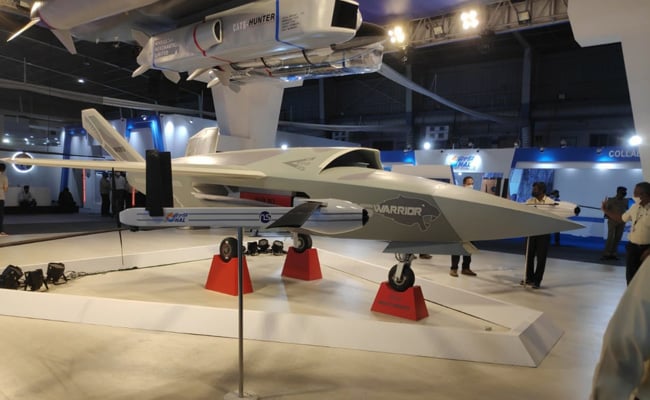 Alfa-S (foreground) is a next-generation swarm-drone meant to hunt down targets such as surface to air missile installations.

Being designed with HAL by Newspace Research and Technologies, a Bengaluru-based start-up, the ALFA-S may not have any parallel around the world. The drones are housed on a unique carrier, mounted on a Jaguar fighter bomber. The carrier separates from the Jaguar, glides for approximately 100-plus kilometers before releasing the propeller-powered swarm drones which engage their targets. "The ALFA-S drones are programmed with algorithms to seek and destroy enemy surface to air missiles, aircraft on the ground and other ground targets. The unique nature of the platform gives it an export potential for friendly nations," the source said.

With the showcasing of the CATS program at Aero India 2021, HAL has committed to and embarked on the Next Generation product development effort to cater to the future warfare needs of the Indian Armed Force.