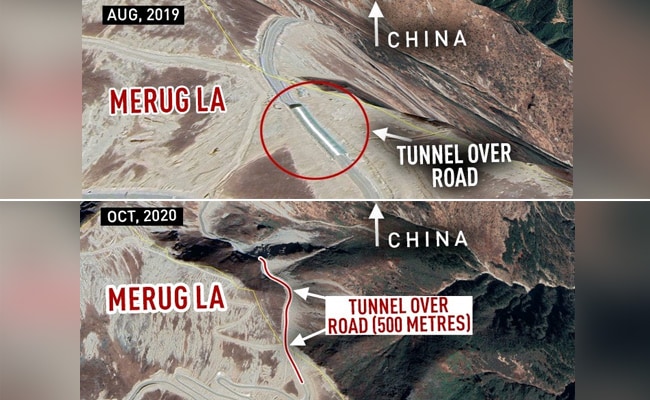 China has stepped up its road construction activity in the Doklam plateau to ensure that all-weather access is maintained in the region, where India and China were involved in a nearly 70-day stand-off in 2017, indicates a satellite image accessed by NDTV.

The August 2019 image here is of an over-ground 'tunnel' which shelters part of the key northern access route through the high-altitude Merug La pass.

A satellite image from October seen by this correspondent, indicates that Chinese construction workers have extended the length of the 'tunnel' on this stretch to 500 metres. 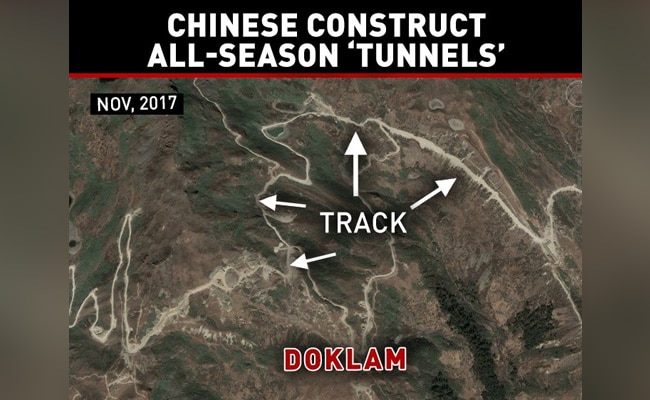 Since the 2017 India-China standoff, Beijing has tarred and reinforced its existing track in Doklam to make it an all-weather road. Courtesy: Google Earth 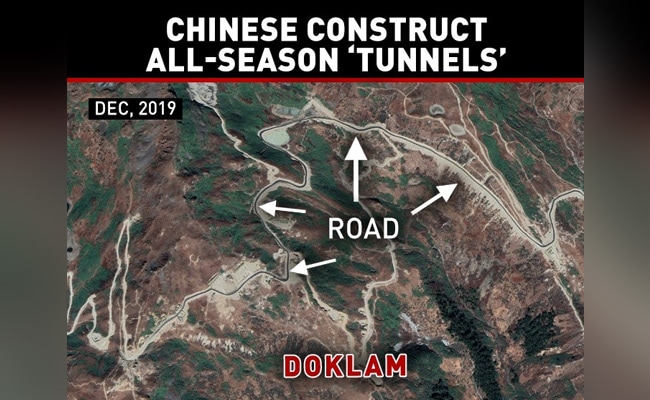 Beijing has tarred and reinforced its existing track in Doklam. Courtesy: Google Earth

The Doklam plateau is claimed by both Beijing and Bhutan as their territory. India backs Bhutan's claim and in June 2017, Indian soldiers had crossed the Sikkim border to stop the construction of a Chinese road near the "Chicken's Neck", a thin strip that links India to its north-eastern states. The stand-off had continued for more than 70 days. 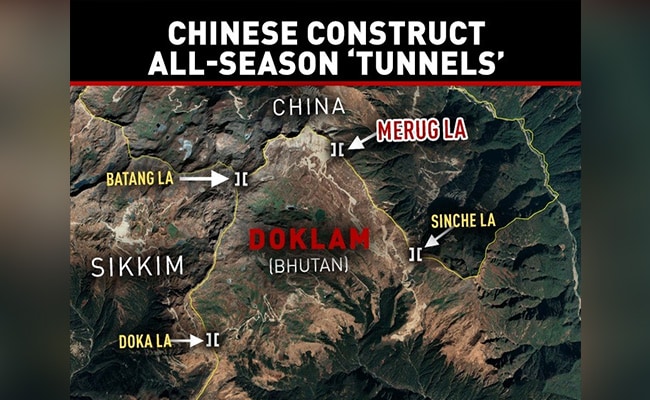 China's intention to keep up access to the disputed territory comes at a time when New Delhi and Beijing are in the middle of a stand-off in eastern Ladakh, where Chinese soldiers have made incursions at several stretches across the contested Line of Actual Control - the de facto border between the two countries.

Despite eight rounds of military talks, there has been no comprehensive disengagement plan, which New Delhi and Beijing have agreed to and the unprecedented military stand-off appears set to continue through the winter months.

It is equally clear that China has surfaced and expanded its roadmap in the Doklam plateau, which lies between Sikkim and Bhutan.

What was mostly an all-weather track during the stand-off of 2017 has now been converted into a fully tarred road. India has also stepped up its road construction activity in the region, ensuring that its forces in the region can quickly be reinforced.

Over the last three years, China has more than doubled its total number of air bases, air defence positions and heliports near the Indian border, said a report by Stratfor, a leading global geopolitical intelligence platform.

"Once finished, this infrastructure will provide support for an even greater intensity of Chinese operations," the report said.