According to the Border Roads Organisation, the newly surfaced Bheem Base-Dokala road "was black topped on a war footing".

Carpeting of the new road between Bheem Base and Flag Hill-Dokala done by the Border Roads Organisation.

A journey to the Indian Army's strategic Dokala base, which stands at the edge of the disputed Doklam plateau near Sikkim, now takes no more than 40 minutes on an all-weather black tarred road that has no restrictions on its load carrying capacity.

When the Indian Army was engaged in a tense stand-off with the Chinese People's Liberation Army in Doklam in 2017, access to the base used to take upto seven hours on a mule track.

According to the Border Roads Organisation (BRO), the newly surfaced Bheem Base-Dokala road "was black topped on a war footing", enabling "defence preparedness of the country in the wake of any enemy aggression". Work on the road, which was authorised in 2015 before the standoff, began in right earnest ''despite heavy movement of operational resources due to the standoff at Dokala", the BRO said. 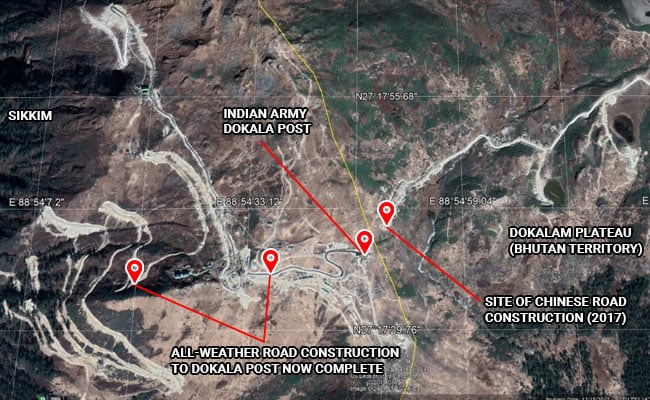 Map of the all-weather road to the army's Dokala base.

What's more, a second all-weather road to Dokala on the Flag Hill-Dokala axis will be completed by 2020. This road on the Flag Hill-Madhubala-Dokala route ''passes through steep terrain at an altitude ranging from 3601 to 4200 metres (11,811 feet to 13,779 feet)", according to the Border Roads Organisation. The route connects several important strategic posts, the names of which are being withheld in this report. 10 km of this road have already been constructed. The remaining distance of a little more than 20 km will be completed within a year.

On June 18, 2017, approximately 270 armed Indian soldiers crossed over into the Doklam plateau to prevent Chinese road construction workers from extending a road to the strategic Jampheri ridge-line, access to which would enable the People's Liberation Army a clear line of sight to the narrow Siliguri Corridor, a tract of land just 18 km wide, that links the northeast of India with the rest of the country. 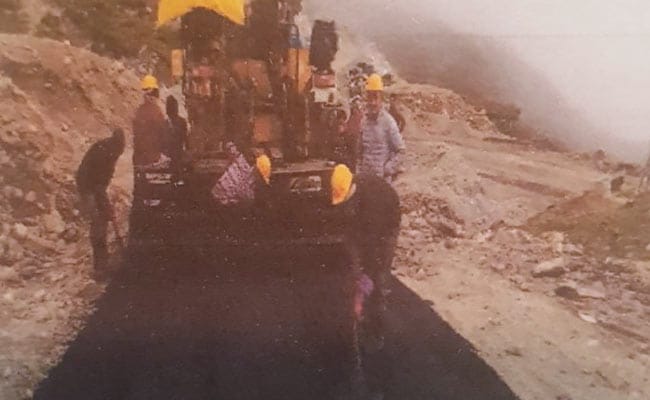 The new road to the Dokala base has no restrictions on its load carrying capacity.

India considers the Doklam plateau an undisputed part of Bhutanese territory, while China considers it to be an extension of its Chumbi Valley, the dagger-shaped wedge of land that lies in between Sikkim to the west and Bhutan to the east. The disputed Doklam region is approximately 89 square kilometres with a width of less than 10 km. 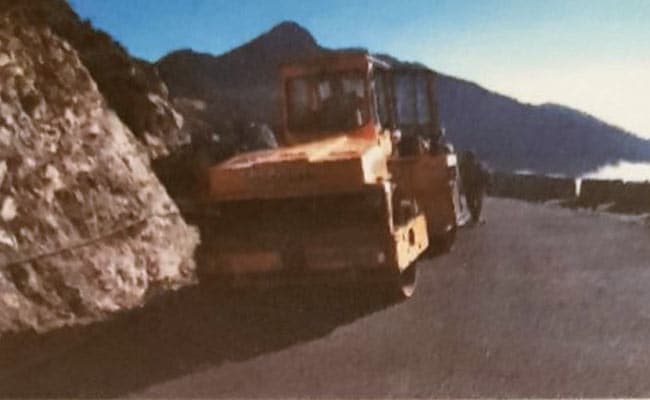 With the new road, the travel time to the Dokala base has been reduced to 40 minutes.

The stand-off between the Chinese People's Liberation Army and the Indian Army ended on August 28, 2017 when both Beijing and New Delhi announced that all their soldiers had been withdrawn from the disputed site. The Wuhan summit between Prime Minister Narendra Modi and Chinese President Xi Xinping in April 2018 identified a series of steps to de-escalate tensions between soldiers of both sides along the Line of Actual Control (LAC) to ensure that differing perceptions of the LAC do not result in actual skirmishes between both sides.

Though there have been skirmishes between Indian and Chinese soldiers on the north bank of the Pangong lake in east Ladakh last month, peace has been maintained in the 13,000 foot high Doklam region.

Sources have told NDTV that since the de-escalatation, a Chinese and Indian Colonel meet at 8:30 am every day in Dokala ''come snow, hail or rain.'' The meetings, which last approximately 15 minutes over a cup of tea, are seen to be critical in maintaining peace in the disputed area.

There has been no fresh Chinese road construction activity in the Doklam plateau since 2017.