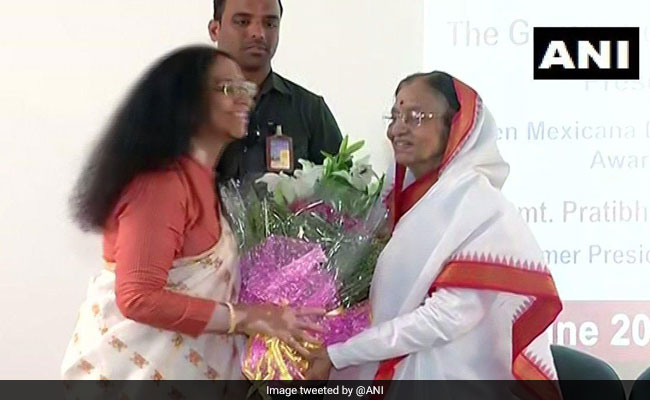 Former President Pratibha Patil was on Saturday bestowed on the highest civilian award of Mexico for foreigners.

The ambassador of Mexico to India, Melba Pria, presented ''Orden Mexicana del Aguila Azteca'' (Order of the Aztec Eagle) to Ms Patil, who had served as the first woman president of the country during 2007-12, at a special ceremony held in MCCIA Bhavan.

On the occasion, Ms Patil said a mutual agreement was signed between Mexico and India when she was president, and that both the countries have emphasised on enhancing friendly relations.

"While doing all this I represented India. So this award is the honor of my country. Both countries have the honor of friendship. In 2007, President Felipe de Jazas Calderon Hinozosa visited India when he was the country's president. Then I visited Mexico in 2008. During this period, the relationship between the two countries was strengthened," said Ms Patil.

Ms Pria said, "the honorable foreign citizen who has strengthened humanitarian relations with Mexico is given this honor. She (Patil) is the first Indian woman to receive such an award. Earlier Dr. Nelson Mandela, Queen Elizabeth II (2nd), Dr Sarvapalli Radhakrishnan, Bill Gates were honored with this award."