ETS to No Longer Provide English Tests for UK Visa 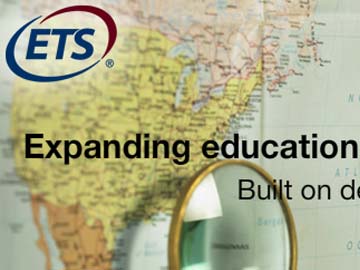 New Delhi: Dealing a blow to many visa aspirants especially students, British authorities have said global testing giant Education Testing Service (ETS) will no longer offer Test of English as a Foreign Language (TOEFL) and Test of English for International Communication (TOEIC) tests for UK visa-granting purposes, in the wake of a recent controversy.

Following allegations in a BBC programme in February this year that fraudulent measures were adopted by candidates to obtain TOEIC accreditation, the British Home Office has announced that its contract with the global testing giant ETS will not be extended.

As per the UK Council for International Student Affairs' official website, "ETS is no longer providing TOEIC and TOEFL tests for people who want to use them in support of UK immigration applications. This is because of allegations of fraud."

"The Home Office has been investigating the allegations of fraud and decided that in future it will change the list of English language test certificates that are acceptable in support of UK immigration applications. So that ETS tests are not included," it says.

The ETS has confirmed this news on its TOEFL website.

"Following the broadcast of a BBC Panorama programme in February 2014 which highlighted an organised element seeking to circumvent the UK's visa-granting process, ETS has made the decision not to extend our Secure English-language Testing (SELT) licence with the Home Office. As a result, TOEIC and TOEFL iBT testing will no longer be offered for UK visa-granting purposes," ETS said in a statement on its website.

However, the organisation said, "The fraud uncovered by the BBC programme was limited to TOEIC testing", and the security of TOEFL was not questioned.

"The fraud uncovered by the BBC programme was limited to TOEIC testing. Security measures around the TOEFL test were never under question," the statement said.

Promoted
Listen to the latest songs, only on JioSaavn.com
The UK Council for International Student Affairs has advised students who use ETS tests in their immigration applications to take other English proficiency tests approved by the Home Office, or to contact the advisors at their education institutions for assistance.

The TOEFL test remains the most widely respected English-language test in the world recognised by more than 9,000 institutions in more than 130 countries.