This was the second group of foreign envoys whose visit was facilitated by the government after it ended Jammu and Kashmir's special status in August.

The group was seen taking shikara rides on Dal Lake, after which they met local media.

Diplomats from 25 nations - including some from the European Union - reached Srinagar today to survey the ground situation in Jammu and Kashmir six months after the Centre ended the state's special status and bifurcated it into two union territories.  The group includes envoys from Germany, Canada, France, Italy and Poland, New Zealand, Mexico, Afghanistan, Austria, Uzbekistan, as well as envoys from the European Union.

Early this morning, the group was seen taking shikara rides on Dal Lake, after which they met the local media.  The envoys had a lunch meeting with local entrepreneurs and political leaders.

Later in the day, they are also expected to get a briefing from the army and meet some locals, among whom will be a group of young people being trained in the government's "skilled society" programme.

Tomorrow, the group will head for Jammu, where they will meet Lieutenant Governor GC Murmu and the civil administration. 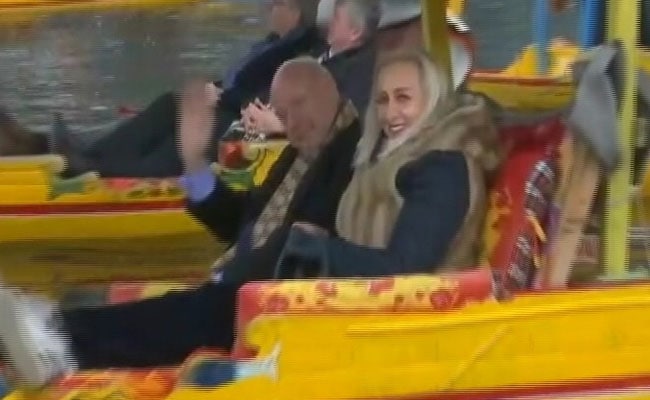 Diplomats from 25 nations are in Jammu and Kashmir.

This was the second group of foreign envoys whose visit was facilitated by the government after the big announcement in August. Along with the announcement, the government had placed a series of restrictions on the state, saying they were preventive measures for possible backlash. Six months on, some of them were still in place, including the ban on cellphone internet that raised concern abroad.

Last week, charges under the tough Public Safety Act were brought against former Chief Ministers Omar Abdullah and Mehbooba Mufti, who have been under preventive detention since August.

The government's move and the subsequent continuation of the restrictions - which included phone and internet shutdown and detention of political leaders - had raised international concerns.

In October, a group of lawmakers from the European Union visited Kashmir Valley in their private capacity.

In January, the government facilitated the visit of a group of envoys. The European Union, however, skipped it, saying they would go at a later date. Sources told NDTV that the lawmakers were not interested in a "guided tour".

The foreign ministry had said there would be more such visits as the situation in Jammu and Kashmir normalises further.

Comments
Jammu and KashmirEnvoys In Jammu And Kashmir