Twenty-six immovable properties worth Rs 101.45 crore, and bank balance totalling Rs 2.28 crore in 22 accounts have been attached provisionally under PMLA, the official said. 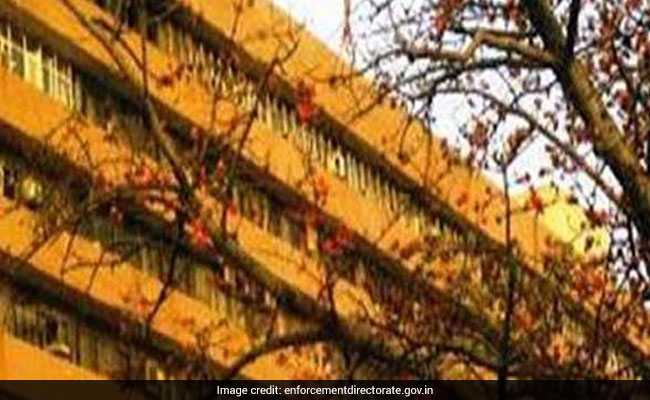 Further investigation against certain officials, beneficiaries is on: Official (Representational)

The Enforcement Directorate (ED) on Monday attached assets worth over Rs 103 crore in connection with its money laundering probe into the Noida ''bikebot'' ponzi scheme case, officials said.

Twenty-six immovable properties worth Rs 101.45 crore, and bank balance totalling Rs 2.28 crore in 22 accounts have been attached provisionally under the Prevention of Money Laundering Act (PMLA) by the Lucknow zonal office of the agency, they said.

The ED had booked the company that ran the alleged ponzi scheme -- Garvit innovative Promoters Ltd (GIPL) -- and its promoter Sanjay Bhati and others under the PMLA in June last year after going through multiple FIRs filed against them by the Noida police.

As per the ED, the company and its promoters had "floated highly lucrative investment plans in the guise of a bike taxi service in the name of ''bike bot'' where a customer could invest in 1, 3, 5 or 7 bikes which would be maintained and operated by the company and the investor would be paid monthly rent, EMI and bonuses (in case of investment in multiple bikes) and further incentives on adding additional investors in a binary or multi-level marketing structure."

"The company allotted franchises in various cities but the bike taxi hardly operated in these cities. The plans were floated in August, 2017 and the collection of money from investors or customers and repayments to them continued till early 2019."

"In November 2018, the company floated similar plans for e-bikes stating that the petrol bikes were facing issues regarding registration and operation," it said.

The funds so collected have been used for repayment to the earlier investors similar to that in a ponzi scheme, the ED alleged.

It alleged that the promoters indulged in acquisition of other companies, purchase of a resort in Kullu (Himachal Pradesh) for creation of various immovable and movable assets in the name of various companies and also transferred funds to various other companies and individuals as loans and investments without proper documentation.

The agency had also recorded statements of Sanjay Bhati and others who were arrested in the case.

It had conducted raids in this case in February and surveyed a co-operative bank in Noida which "revealed several suspicious transactions and the role of the banking officials in aiding and abetting the accused in laundering of the public money."

At least 19 immovable properties located in Gautam Buddh Nagar, Ghaziabad, Bulandshahar, Kanpur and Indore in the name of the company have been identified by the agency.

"Seven other properties in the name of third parties have also been ascertained and verified," the ED said.