Sushil Kumar, currently in Delhi's Tihar Jail and facing murder charges, was "emotional" while watching the bout on TV and was disappointed when Ravi Dahiya lost, jail officials said. 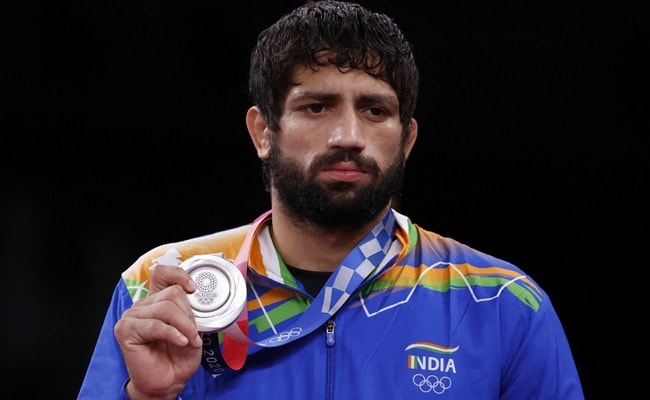 Ravi Dahiya on Thursday became the second wrestler to win a silver medal at the Olympics after Sushil Kumar, who won in 2012. They both trained at the same stadium in Delhi.

Sushil Kumar is currently in Delhi's Tihar Jail, facing murder charges. According to jail staff, he was "emotional" while watching the bout on a TV set up for him and was disappointed when Ravi Dahiya lost.

Ravi Dahiya, 23, used to train at Chhatrasal Stadium, the legendary training ground for Olympians like Sushil Kumar and Yogeshwar Dutt.

Some 100 other wrestlers training at Chhatrasal also watched the game together and cheered wildly for their compatriot.

India first won a medal in wrestling - a bronze - in 1952. After a long gap, Sushil Kumar brought home a bronze from the 2008 Beijing Olympics and scored a silver at the London games. Yogeshwar Dutt won a bronze at the London Games.

Sakshi Malik became the first female Indian wrestler to win a medal in 2016. She won a bronze at Rio.

Ravi Dahiya, the son of a farmer at Nahari village in Haryana's Sonipat, was mentored by the renowned Satpal Singh, a recipient of the Padma Bhushan, Padma Shri, Dronacharya Award and Arjuna Award who groomed many wrestling champs.