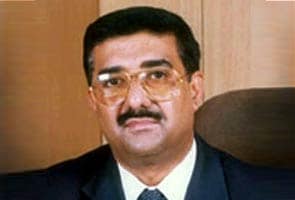 Hyderabad: Senior IAS officer BP Acharya was granted bail by the special CBI court in Hyderabad today as the Central Bureau of Investigation (CBI) failed to get sanction for his prosecution from the government.

Mr Acharya is the prime accused in the case pertaining to alleged irregularities in APIIC-Emaar land deal.

Mr Acharya, arrested on January 30 by the CBI, has been charged with "abusing his official position" to intentionally allow the sale of plots and villas (at reduced price) and causing "wrongful loss to Andhra Pradesh Industrial Infrastructure Corporation (APIIC) and wrongful gain to other parties".

Promoted
Listen to the latest songs, only on JioSaavn.com
Mr Acharya had moved the court seeking bail and his counsel contented that it would take at least six months for the court to begin trial in the case. He had also sought bail in view of his health condition.

His bail plea had been rejected by the same court last month after the CBI had strongly opposed it.