Rona Wilson's lawyer that to tamper with a person's electronic device was an offense under the Information Technology (IT) Act. 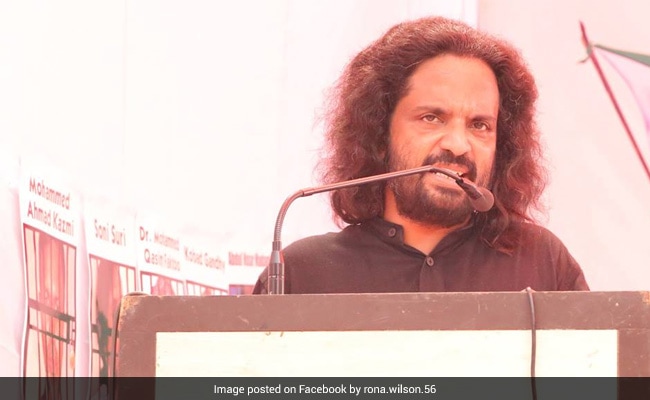 Rona Wilson has moved the high court seeking the dismissal of the charges against him.

Elgar Parishad-Maoist links case accused Rona Wilson's lawyer told the Bombay High Court on Wednesday that an expert should be asked to probe if any malware had been installed on his computer before it was seized by the National Investigative Agency in 2018.

Rona Wilson has moved the high court seeking quashing of the charges against him.

His petition has cited, among other grounds, a report of the US-based digital forensic firm Arsenal Consulting that incriminating evidence was planted on his computer through a malware before he was arrested.

On Wednesday, his lawyer, senior counsel Indira Jaising told a bench of Justices S S Shinde and N J Jamadar that to tamper with a person's electronic device was an offense under the Information Technology (IT) Act.

"It is my case that crimes under the IT Act have been committed against me....I have come with a positive case that my device was tampered with and an expert should be appointed to ascertain if my computer had malware when it was seized (by the National Investigation Agency)," she said.

"The expert can tell how the malware was planted," she added.

As per Arsenal Consulting, a hacker had had control of Rona Wilson's computer, and a malware (software used for malicious purposes such as spying) was used to plant documents in it, including a letter that was cited by the National Investigative Agency as evidence against Rona Wilson and other accused in the case.