"Elephants, Like Us, Have Nowhere To Go": India's Human-Wildlife Conflict

As population grows, people are encroaching into habitats where until now the elephant, not man, has been king, with painful effects for both parties 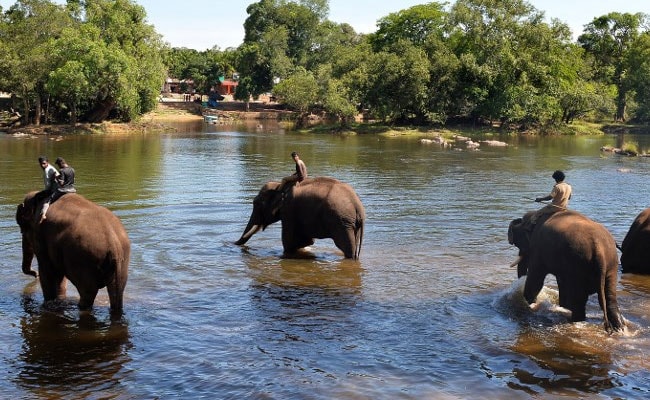 On the day Yogesh became another of the dozens of Indians trampled to death each year, the coffee plantation worker knew from the firecrackers set off nearby that danger was at hand.

"Everything happened so fast. The elephant suddenly emerged from behind the bushes, trampled him and disappeared," his younger brother Girish -- thin, bearded and wearing a Nike baseball cap -- told AFP.

The 48-year-old from Karnataka, home to India's largest elephant population with more than 6,000 jumbos, 20 per cent of the country's total, left behind a wife and two children.

As population grows, people are encroaching into habitats where until now the elephant, not man, has been king, with painful effects for both parties.

The government told parliament last year that 1,100 people had been killed in the previous three years. The elephants too are paying a heavy price with around 700 fatalities in the last eight years across the country.

Most were killed by electric fences, poisoned or shot by locals angry at family members being killed or crops being destroyed, and accidents on railway cutting through ancient migratory routes. 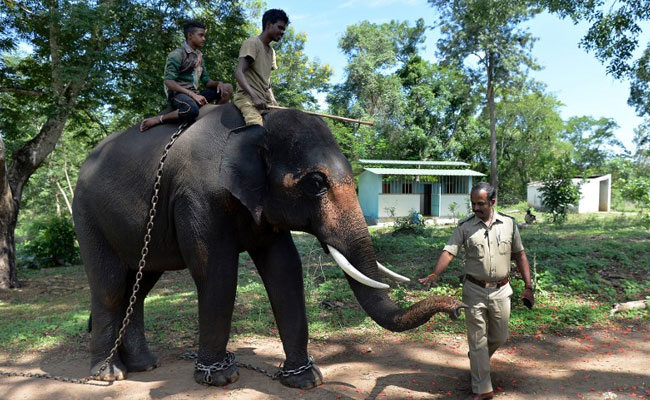 Karnataka, which is part of the wider southern region criss-crossed by over 10,000 elephants, is on the frontline (AFP)

And Karnataka, which is also part of the wider southern region criss-crossed by over 10,000 of the mighty tusked beasts weighing up to five tonnes, is on the frontline.

"At present we have an annual death rate of around 30 to 40 people in the state," C Jayaram, Karnataka's chief wildlife warden, told AFP.

The government, like many other stakeholders in the complex and tragic situation, appears undecided about what best to do. "It is very difficult to escape our population or development pressure," a senior government official said, asking not to be identified. "Unless it's addressed, all of us just have to learn to live with the reality of such encounters."

In Karnataka, forest rangers, mounted on elephants themselves, capture problem pachyderms, of which there are more and more, and take them to the Dubare Elephant Camp.

JC Bhaskar, an employee at the camp, describes it "like a jail" but it is more of a rehabilitation and training centre. "We get the place ready before they are captured, we spread hay and leaves beforehand," he said. "After the resting period, we start taming and training the elephant."

One of the inmates is none other than Surya, who killed Yogesh and another man, the lumbering animal wearing chains loosely around one ankle to discourage him from running.

The 28 jumbos at the camp also draw tourists, with thousands visiting the lush, riverside camp each year, stroking the animals and enjoying being squirted with water. 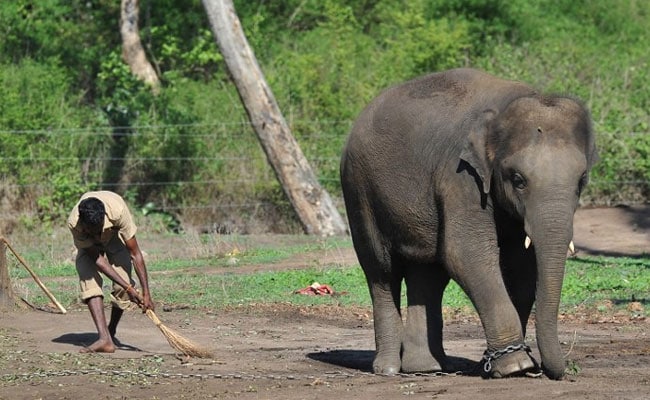 In Karnataka, forest rangers, mounted on elephants themselves, capture problem pachyderms, of which there are more and more, and take them to the Dubare Elephant Camp. (AFP)

However, while such relocations may assuage local anger, officials and activists acknowledge it is only a stopgap solution.

The only effective method, according to Vinod Krishnan, an activist with NGO Nature Conservation Foundation (NCF) working with local communities, is better information-sharing.

"Everything else has already been tried unsuccessfully. This includes deep trenches, normal or solar-powered fences and even fire crackers," Krishnan said. "As you can see, no physical barrier can stop them," he added, pointing to the little of what remains of a section of fence at a coffee estate.

His group has developed a simple yet effective system around local villages allowing sightings of elephants to be immediately verified and passed on. "We set up display boards around key elephant routes and set up SMS services for early warnings about an elephant's presence, which has significantly reduced such chance encounters," he added.

This is helped by the exponential jump in the use of mobile phones in India over the past decade, including in remote areas.

But Girish, half a year after losing his brother and fearing for his own life, still regularly sees herds of elephants around the coffee estates where he works.

"Nothing has changed," he shrugs. "Locals can only keep chasing them away till they return as, they, like us, have nowhere else to go."