The incident occurred on National Highway 31 near Garumara forest when a family of three was returning to Lataguri after offering puja at a temple. 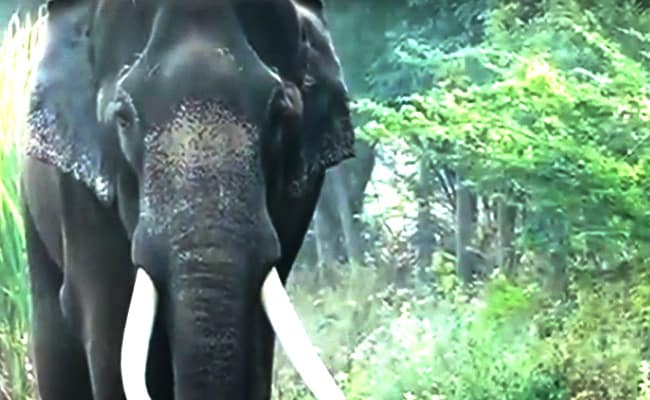 The elephants quickly left the spot and Ahana was back on her mother's arms. (Representational)

An elephant stood guard to protect a four-year-old girl, who had fallen down from a scooter, from other members of the herd in Jalpaiguri district Thursday, forest officials said.

The incident occurred on National Highway 31 near Garumara forest when a family of three was returning to Lataguri after offering puja at a temple inside the forest.

The highway divides the forest into two parts. On the way home, businessman Nitu Ghosh, who was with his wife Titli and daughter Ahana, stopped the two-wheeler after seeing that a herd of elephants was crossing the road.

After a while, the elephants went into the other side of the jungle and Mr Ghosh resumed his journey, officials said.

However, some other members of the herd that were still inside the jungle appeared on the road and the scooter almost ran into them. Mr Ghosh applied the break suddenly and all the three fell down.

One of the jumbos came forward and stood still keeping the girl in the space between its legs, while other members of the group continued their journey.

A tourist was killed and several others were injured by elephants during the past few months in this area. Sensing the trouble the family was in, a truck driver who was waiting behind Mr Ghosh's scooter rushed to their rescue hooting the horn of his vehicle madly to scare away the tuskers.

The elephants then quickly left the spot and Ahana was back on her mother's arms.

The truck driver took the family to Lataguri. Mr Ghosh and his wife were injured and were admitted to a nursing home in Jalpaiguri.

Doctors in the private facility said the girl suffered no external injury but was traumatised.

Ranger of Garumara South, Ayan Chakraborty, said elephants sometimes keep standing on the highway while moving from one part of the forest to the other.

If informed, forest department personnel used fire crackers to scare them away, he said.