Siachen Villages Electrified: The electrification of the villages was the result of the joint effort of the Power Development Department and Ladakh Renewable Energy Development Agency (LREDA), he said, adding the surplus power could be supplied to the Army in the border areas. 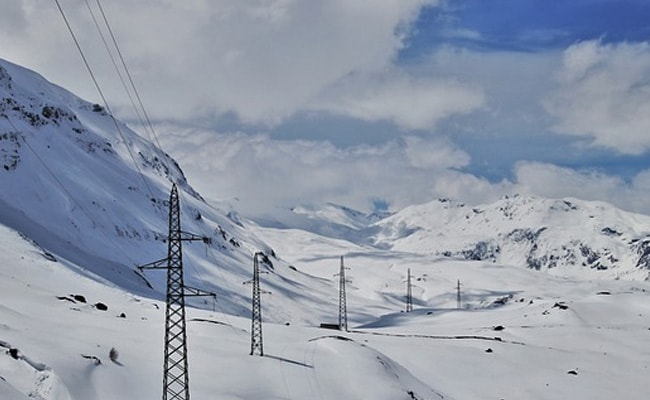 As many as 19 villages in Siachen have been electrified with supply from the Chamshen micro-hydel project (MHP), a development that will help Ladakh inch closer towards achieving the carbon-neutrality target, officials said on Friday.

The electrification of these villages would result in the phasing out of 3 DG sets, including 160 kVA Panamik DG set, 160 kVA Chamshen DG set and 250 kVA Kyagar DG set, Secretary Power, Ravinder Kumar said.

The electrification of the villages was the result of the joint effort of the Power Development Department and Ladakh Renewable Energy Development Agency (LREDA), he said, adding the surplus power could be supplied to the Army in the border areas.

The villages were electrified through a 11 KV line under SDP with the 450 KW Chamshen Micro-Hydel Project (MHP).

Addressing the meeting, Narula said the idea of a Carbon-Neutral Ladakh was envisioned by Prime Minister Narendra Modi and it aims at planning future developmental activities to minimize carbon emissions.

"It is an intrinsic part of Vision 2050 for development of Ladakh and carbon neutrality has to be embedded in every department''s vision and action plan," he said.

TERI has been nominated by NITI Aayog to prepare an action plan document and certain recommendations were made on how to achieve carbon neutrality in various sectors, he noted.

The Advisor reviewed the implementation status of the action plans prepared by the departments for achieving carbon neutrality based on the broader suggested interventions by TERI.

He said the advisor directed that all households in Ladakh should be encouraged to install solar cooking devices and further steps be taken to promote the construction of solar passive residential, official and commercial buildings in the urban areas.

The advisor also directed that all buildings should be accessible through a ramp or lift as per accessibility norms.

Similarly, the Tourism department was asked to promote homestay tourism which is sustainable and has a lower carbon footprint and in particular incentivise construction of passive solar homestay accommodation.

He said the transport department was asked to plan the introduction of electric vehicles on a pilot basis for public and private transport and establish solar powered charging stations.

The UT administration is in the process of procuring e-cars, e-buses and introducing e-rickshaws.

The Advisor exhorted upon utilizing existing water resources optimally to bring more area under cultivation and pastureland which can sequester carbon emissions.

He also asked the agriculture and horticulture departments and the deputy commissioners to focus on drip irrigation and other efficient methods of micro-irrigation such as ponds to maximize the use of existing water resources and also focus on adoption of organic manure.